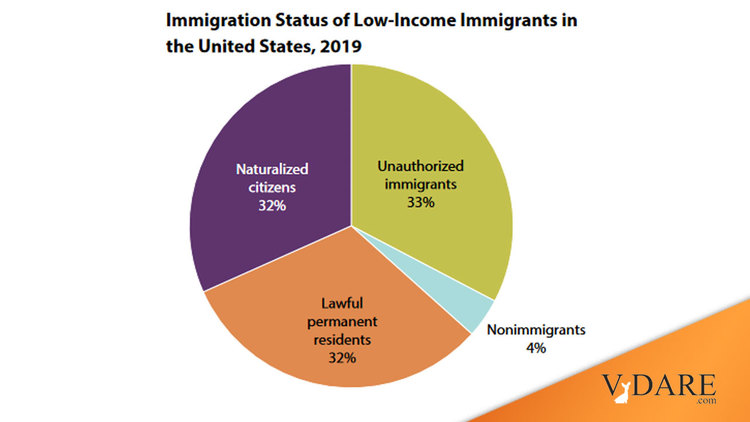 The Migration Policy Institute, a Treason Lobby think tank, recently released a study that proves what VDARE has argued for years: Immigrants tend to be poor, and they tend to stay that way for some time, even for generations.

Research shows that immigrants in the US see strong upward mobility overall. About 1/3, though, are low income. Our new fact sheet offers a data profile of this population https://t.co/lcsQk9U0Ag 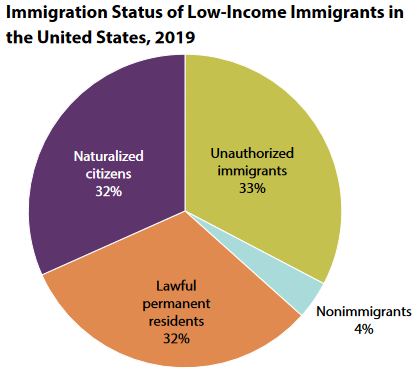 32 percent of low-income immigrants were naturalized citizens and 32 percent were lawful permanent residents (also known as green-card holders) in 2019. An additional 33 percent were unauthorized immigrants, and 4 percent held a nonimmigrant status (such as students or temporary workers) [emphasis added]. …

[A Profile of Low-Income Immigrants in the United States, MPI.org, November 2022]

In other words, the majority of low-income “immigrants,” a third of whom are illegal aliens, earned less than $25,000 annually. A significant percentage earn less than $15,000.

Importantly, as David North of the Center of Immigration Studies observed, MPI’s data are from 2019, before the Biden Rush to the border began [MPI issues devastating report on low-income migrants, Center for Immigration Studies, November 22, 2022]. Traitor Joe has released more than 1 million.

That means the study, while confirming what VDARE has argued for years, underestimates the number of penniless “migrants” now living on the taxpayers’ dime. And that number will surely grow as Biden continues The Great Replacement.