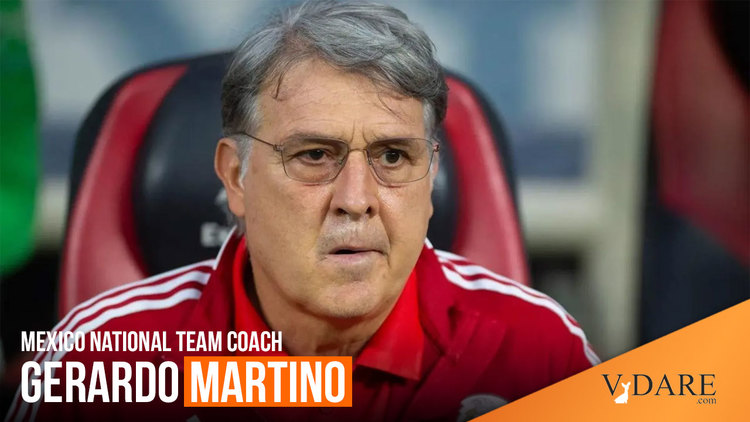 World Cup Coaches By Race: Mostly The Same Race As Their Nations

The Washington Post has been on a jag for weeks complaining that blacks are not over-represented in NFL head coaching ranks, but only have about the same share of coaching jobs as of the American population.

Thirteen NFL teams have never had a Black coach. Here’s the story of one.

A flagship franchise in the league, the New York Giants reflect a process in which some say unconscious bias remains unchecked

That got me thinking about soccer managers in the 2022 World Cup. The World Cup is progressive and globalist and totally not jingoistic, right? Oh, wait, well, never mind that, but let’s look at the coaches. Surely People of Color are well represented.

Well, yes, in the three Sub-Saharan entrants in the 32 team World Cup, all three are coached by home country black men.

Of the two East Asian entrants, Japan has a Japanese manager, but South Korea has a Portuguese manager.

Of the five Middle Eastern entrants, Morocco has a Moroccan coach and Tunisia a Tunisian coach, but Iran has a Portuguese coach, Saudi Arabia a Frenchman, and Qatar a Spaniard.

All the historically white countries have white coaches. The most diverse is that Switzerland has a Switzerland-born coach of Turkish descent, Murat Yakin, who looks a little central Asian.

As far as I can tell from a glance, all the Latin American teams have coaches who’d be considered white walking down the street in America.

Soccer strikes me as less complicated to coach, especially during games, than American football, but that’s probably an outmoded notion. Most big things in our world keep getting more complicated, and soccer is a really big thing.

Here are links to all 32 managers: