Trayvon's 21st: If He Had Killed George Zimmerman, Trayvon Would Be Out Of Jail By Now

Updated to restore embedded tweets deleted, or where the Tweeter has been banned.

Had he not tried to smash the wrong man's head in…

Below, Paul Kersey remarks on the distressing tendency of white Christians whose family members have been murdered by blacks to "forgve" the criminal. The 21st anniversary of unsuccessful thug Trayvon Martin's birth reminds us that blacks don't think that way at all.

If I was Trayvon Martin's dad George Zimmerman would be a memory now. This message will self-destruct in 5 minutes. pic.twitter.com/Xvkty1jvCC

Jim Treacher is retweeting various expressions of hate for Zimmerman on his Twitter feed:

Trayvon Martin was using self defense after a grown ass man STALKED HIM. That man had a history of violent crime, Trayvon did not.

I'd beat your ass if u followed me around an area for 20 minutes too when I was 16. https://t.co/Ev2wUXxUfL

Treacher, Breitbart's John Nolte, and Ben Shapiro are all receiving death threats as a result. 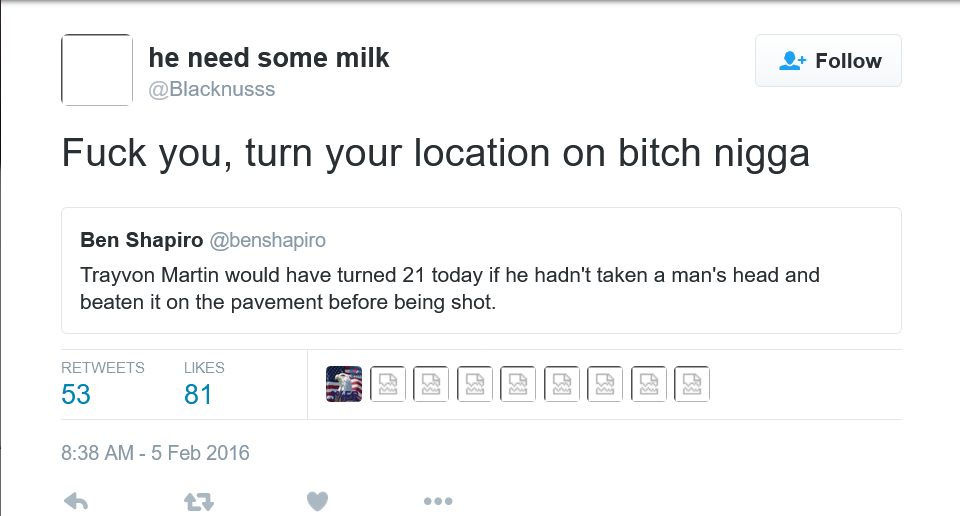 Someone in North Carolina please off this fetus https://t.co/N9UaMHLjKT

One of the guys responding with hate (but not actual death threats, so far) to Ben Shapiro is actual black journalist Roland Martin:

You have no evidence of racism. Neither did the Department of Justice. Talk to Eric Holder. https://t.co/Wu2IZu18oj

I read your idiotic TL @benshapiro. You are still despicable for ignoring what started it all: walking while Black https://t.co/Uvf4P5P3vu

But John Nolte's Tweet above suggesting that Trayvon would have turned "21 in prison" may be wrong—it's quite possible that if Trayvon, age 16, had succeeded in killing Zimmerman, either by beating his head in, or by seizing Zimmerman's gun and killing him, he might, as a juvenile of with no criminal record, have pled guilty to manslaughter...and been out by now. 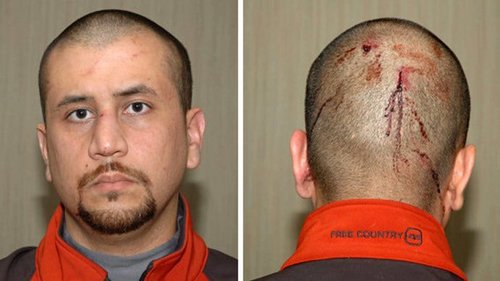 Zimmerman, of course, would still be dead.