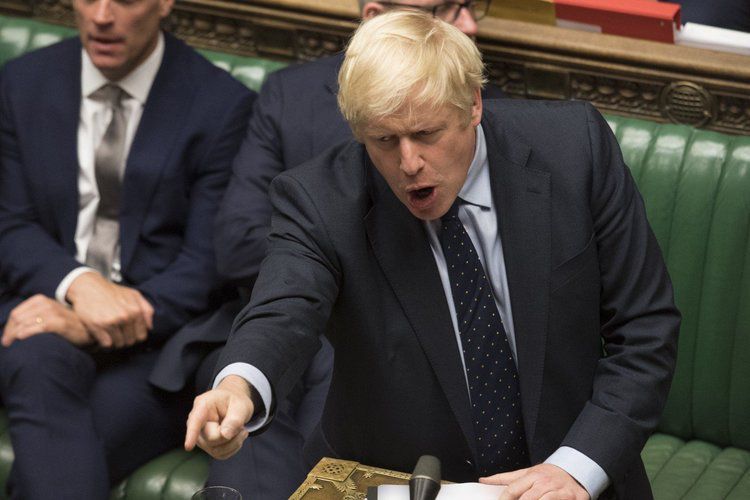 The upcoming British election seems very familiar. Last time, the Conservatives started with a strong, double-digit lead. However, the party of Theresa May gradually lost it and ended up losing their entire majority.

Once again, the Conservatives see their advantage steadily shrinking ahead of election day. A recent poll shows them with just a seven point advantage. There may be a hung Parliament.

-7 point lead for Cons
-consistent with last ICM but down from 10 pts in mid-Nov
-majority territory still giving way to hung parliament?

To counter this fall, the Tories are running on a tougher immigration platform.

ALL visitors to Britain will have to fill out a US-style visa waiver form after Brexit, Boris Johnson will say today.

The plan, part of a five-point Tory blueprint to strengthen Britain’s borders, will allow officials to screen arrivals in advance and block those deemed a threat from entering the country.

And, when the technology becomes available, the electronic travel authorisation — similar to the ESTAs needed to visit the US — will have to include biometric data. This will enable investigators to link evidence from crime scenes to foreigners in the country.

Mr Johnson will highlight the proposals during a visit to UK border staff at a port on Monday. He will also promise to introduce automated entrance and exit checks to identify those who have overstayed their visa in a crackdown on illegal immigration.

For the first time, people will be officially counted in and out of the country as part of the Tory plan.

At present, the numbers are estimated from entry and exit surveys.

The new system will allow the authorities to get much more accurate immigration statistics and help economic planning.

Biometric passports will also be made a requirement to tighten security at the border.

After Brexit, Border Force officials will also get the power to block EU citizens with a criminal record from entering the UK.

Individual staff will be given discretion to decide on cases at the point of entry at the border.

[Boris Johnson to unveil five-point blueprint to beef up Britain’s borders and keep EU criminals out, by Matt Dathan, The Sun, December 2, 2019]

The danger for the Tories is that Liberal Democrats will decide Boris Johnson, who has committed to a hard Brexit, is the greater of two evils. Of course, Jeremy Corbyn is an old-style socialist, sprinkled with the usual white self-loathing, which might scare off the centrists. This election will come down to what people fear more, Brexit or socialism.