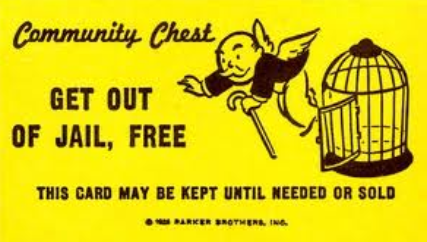 Sequester malevolence is exploding all around the big capitol city, even though the reduction in the rate of spending increases hasn’t even started yet.

As reported in these electrons on Monday (see Sequester Savings: Jailbird Illegal Aliens Released into America), ICE freed a mystery number of jailed foreign criminals to save money that has not yet been restricted.

The intervening time has brought more details. A report from Texas says that “several hundred” illegals have been freed from that state.

In Arizona’s Pinal County, Sheriff Paul Babeu reported that ICE released more than 500 alien detainees in that county alone over the weekend.

The President’s jihad against public safety elicited strong words from leading Republicans. Perhaps they are learning that the open borders revolutionaries do not operate in good faith.

Senator Jeff Sessions, one of American sovereignty’s strongest defenders in the Senate, also condemned the administration for undermining the law and endangering public safety:

“The Administration’s forced release of those in ICE custody further reduces the chances of reaching a bipartisan immigration accord.

There is no logical or rational reason why the 5.3 percent cut to ICE’s operating budget would have to result in forcing law officers to immediately release already-apprehended illegal aliens and fugitives in federal detention. The last thing you would do to meet a budget cut of this size would be to voluntarily undertake actions that undermine the rule of law and endanger the public safety. These savings could be much more safely and rationally achieved, considering that they will be distributed among such areas as facilities maintenance, equipment maintenance, communications, travel, etc. The Administration also had months to plan for this eventuality and could have developed numerous alternatives to this reckless action.

It is clear the Administration is using the sequester as a convenient excuse to bow to political pressure from the amnesty groups, as it did with its unilateral decision to confer legal status on millions who are not lawfully present. With this new action, the Administration has further demonstrated that it has no commitment to enforcing the law and cannot be trusted to deliver on any future promises of enforcement.”

Even Speaker John Boehner seemed shocked by the overreach, calling it “outrageous” on CBS News. (The Speaker has a career “B” grade in immigration voting from NumbersUSA, better than I would have guessed.)

House Speaker John Boehner, R-Ohio, Tuesday in an interview with CBS News blasted the “outrageous” move by federal immigration officials to OK the release of hundreds of illegal immigrants as a way to save money ahead of Friday’s fast-approaching sequestration.

Immigration and Customs Enforcement (ICE) earlier today announced it had released on probation “a number of detained aliens” around the country “in order to make the best use of our limited detention resources in the current fiscal climate, and to manage our detention population under current congressionally mandate levels.”

The deep and across-the-board sequester cuts that will go into effect barring an 11th hour act of compromise on Capitol Hill would mean fewer border security agents and less money to house detained illegal immigrants.

“This is very hard for me to believe, that they can’t find cuts elsewhere in their agency,” Boehner told “CBS Evening News” anchor Scott Pelley. “I frankly think this is outrageous.”

Boehner’s indignation has been matched throughout the day by fellow Republicans who have called it a political gambit by the White House administration. President Obama has been touring the country sounding the alarm on the dramatic impact of the cuts and calling on Congress to pass an alternative before the March 1 deadline that combines spending cuts with additional revenue by way of tax increases.

“I’m looking for more facts,” Boehner continued, “but I can’t believe that they can’t find the kind of savings they need out of that department short of letting criminals go free.”

The speaker also added: ["The White House is] out there making a lot of noise. What they really ought to be doing is coming up to the Hill and working with the Senate Democrats to pass a bill that can replace the sequester, and begin to deal with our long-term spending problem.”

ICE in a statement stressed that it will continue to supervise the released detainees and prosecute them in immigration court – “and, when ordered, will seek their removal from the country.” Detaining “serious criminal offenders and other individuals who pose a significant threat to public safety,” the statement said, remains a priority.