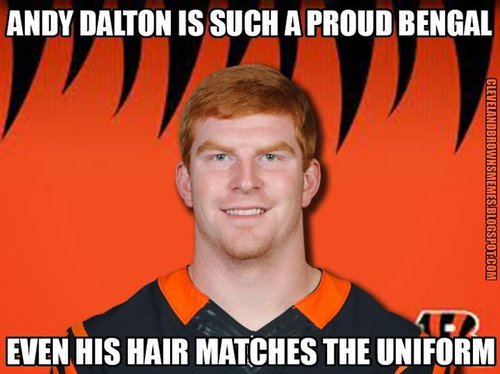 Back in 2003, Rush Limbaugh got fired from an NFL-related gig for pointing out that sportswriters tended to be flagrantly biased in favor of black quarterbacks.

In response, it was argued that Real Soon Now black quarterbacks would overcome racism and achieve their rightful share (i.e., the vast majority) of the top spots on the passing charts.

And besides, passing statistics are racist because they underestimate black quarterbacks’ ability to run and evade sacks.

Since then, however, blacks continue to only be represented among top NFL quarterbacks about how they are represented in the general population.

And NFL statistics have improved considerably. ESPN now offers a proprietary “QBR” figure that supposedly takes into account everything a quarterback does, including running, not getting sacked, and even luring the defense into penalties. It grades each throw the quarterback makes on the quality of the pass, not just the outcome.

Interestingly, this increased sophistication doesn’t particularly change our ideas of who is a good quarterback too much.

But in any case here are the top 20 quarterbacks five weeks into the 2015 season as ranked on ESPN QBR rating times their number of plays versus a replacement quality quarterback. I picked the top 20 because the that gives you the above average and average starting quarterbacks in the 32 team NFL. Even an average NFL starter is really good in any absolute sense. I sorted upon value over a replacement QB rather than value upon an average QB or Total QBR, even though all three are arguably the best measure. With this small of a sample size of games, the “QB PAR” column probably is least affected by small sample sizes, although by the end of the season it can be overweighted by guys who just pass a lot.

The top guy so far this year is Andy Dalton of the 5-0 Cincinnati Bengals:

The top black quarterback is, not too surprisingly, Russell Wilson, who is one great defensive play short of winning the last two Super Bowls. Wilson is at #10. (Keep in mind that at 5’11?, Wilson is one of the few sub-6 foot quarterbacks in the league.) Tyrod Taylor of Buffalo has enjoyed a breakout season at #11, followed by half-black Colin Kaepernick at 15 and Teddy Bridgewater at 17.

So, counting Kaepernick as half black, we come up with 17.5% of the top 20 as black, with black quarterbacks more in the second ten than top ten. That’s pretty representative of the last 12 years (i.e., all the years after Limbaugh got fired.)

One interesting revelation of the new QBR figures are that there isn’t much of a correlation between being able to run for a gain and not being sacked. For example, last season the best quarterback in the league at not getting sacked, then 38-year Peyton Manning, was 3rd worst at rushing forward with the ball. Black quarterbacks who were good at gaining yards with their feet tended to lose a lot of yards to being sacked.