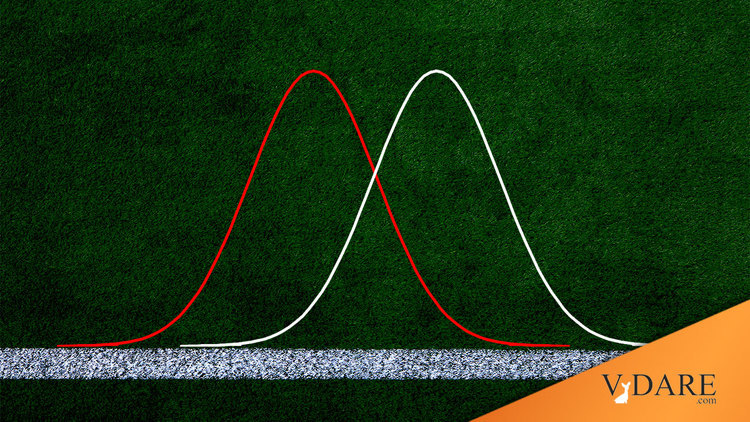 Rush Was Right, Of Course. But Why?

So Rush Limbaugh has resigned from his ESPN football pregame gig for telling the truth about the media overrating Philadelphia Eagles quarterback Donovan McNabb.

This is what Limbaugh said about McNabb:

“I don’t think he’s been that good from the get-go. I think what we’ve had here is a little social concern in the NFL. I think the media has been very desirous that a black quarterback do well. They’re interested in black coaches and black quarterbacks doing well. I think there’s a little hope invested in McNabb, and he got a lot of credit for the performance of this team that he really didn’t deserve. The defense carried this team.”

And these are some of the ritual expressions of horror.

But, fortunately, the internet is now here to correct Big Media. Two webzine columnists have already done excellent jobs of explaining that Rush was simply right: Karen De Coster on the paleolibertarian lewrockwell.com and Allen Barra on the neoliberal Slate.com.

McNabb, who a year ago signed the most lucrative contract in the history of football up to that point, is a tremendous athlete. But he’s not yet been more than a decent quarterback.

However, having written countless articles denouncing the NFL’s black quarterback lack as being the result of irrational racism, Big Media now has a vested interest in hyping the new generation of black quarterbacks to prove they were right all along.

I’d add that there’s another reason the media has overrated McNabb: McNabb has been a bit more exciting than he has been effective.

He’s certainly been adequate. But you could easily get the impression from the TV sports wrap-up shows that he’s the second coming of Joe Montana.

That’s because, as with many black quarterbacks, McNabb’s best plays, the ones that are shown over and over again, are so much more spectacular than his average plays.

Personally, I’ve long wanted more black quarterbacks in the NFL. Living in Southern California, I don’t have a team to root for. So I just watch the wrap-up shows to see amazing plays. And black quarterbacks provide more of them than whites, because they are generally faster and shiftier runners.

Thus I was saddened when Atlanta Falcons quarterback, Michael Vick, who might be the most amazing physical talent ever to play in the NFL—a runner who makes even McNabb look like poor Joe Namath after a half-dozen knee operations—broke his leg in August.

To my thrill-seeking tastes, watching Peyton Manning, an old-fashioned white quarterback, efficiently dissect an opposing team (last Sunday: 20 completions in 25 attempts for 314 yards and six touchdowns) just isn’t as electrifying as watching McNabb or Vick snake for fifty yards on a broken play.

But then, I don’t care who wins.

If I were an Eagles fan, however, I would do what they’ve been doing this year: booing McNabb for being only mediocre at consistently moving the Eagles down the field.

As fun as it is to watch, running is a secondary talent for an NFL quarterback.

Unfortunately, the current black quarterbacks generally have less than spectacular passing accuracy, perhaps because they get so banged up carrying the ball. McNabb, for example, has never achieved either of the standard season benchmarks: completing 60 percent of his passes, or averaging seven yards’ gain per passing attempt.

For the same reasons that blacks tend to be better runners than whites in all sports. Perhaps the single most self-evident fact about American spectator sports is that blacks, on average, are faster than whites. No human being not of West African descent ever ran 100 meters in less than 10 seconds until this spring, when Patrick Johnson, finally broke that barrier, 35 years after the first Sub-Saharan African. And Johnson is an interesting combination of Australian Aborigine and Irish.

As Thomas Sowell has pointed out: “To be an outstanding basketball player means to out-think opponents consistently in these split-second decisions under stress.”

Until about five years ago, black NFL quarterbacks were actually about as common as blacks are in the general population. But this was widely denounced in the press as proof of white racism—because blacks are so much more common in other football positions. For example, when I last checked a few years ago, 59 of the 60 starting cornerbacks were black.

Quarterbacks and cornerbacks, however, require radically different skills. It’s simply wrong to expect equal proportions of each race at both positions.

Football is a complex game with enormous playbooks that players must digest. Like the modern U.S. military, pro teams want players who learn reasonably quickly (although most coaches don’t like eggheads or wiseguys with smart mouths, either).

The average NFL player has an IQ of 98. That’s very good for a group that’s majority black, because the average black American scores around 85 and the average white around 100. (The stereotype of the dumb college football player is only true relative to the real college students at fine flagship state universities like Michigan, Texas, and Georgia.)

(A second list is here. Another list for the 2003 draft by individual player is here. SI’s funnyman Rick Reilly recounts the scores of some famous quarterbacks here.)

Quarterbacks face the stiffest learning challenge. They have to understand not just what they are supposed to do on each play, but what everybody else is supposed to do. Accordingly, as Bob Harris wrote on SI.com:

Let’s say that a team has a rule of thumb that it wants to draft quarterbacks with three digit IQs. That’s one-half of the white population, but only one-sixth of the black population. Since there are about five times more young white men than young black men, there are about 15 times more whites than blacks with IQs of 100 or greater.

Still, over the last five years, the number of black quarterbacks has risen to about seven starters out of 32 teams. How come?

In an otherwise sensible column, National Review Editor Rich Lowry echoes the conventional wisdom: “There once was a shortage of black quarterbacks in the NFL because of racist stereotypes about their abilities.” Implication: the recent rise is because we’re all so enlightened now.

Elementary economics suggest this is dubious. Indeed, back in 1996, when National Review was edited by John O’Sullivan, I described in a cover story “How Jackie Robinson Desegregated America” how the Brooklyn Dodgers grabbed a big edge in 1947-1956 by being the first to sign black baseball players. That racial discrimination can have costs was perfectly well understood throughout team sports three decades ago. The assumption that NFL teams would ignorantly penalize themselves by playing inferior white quarterbacks for an additional quarter of a century is silly.

Instead, the recent rise in black quarterbacks is due to technical changes in the game.

On the supply side, until recently there were few blacks being groomed in school to be NFL-quality passing quarterbacks because the aerial game was mostly popular among schools in the West, where not many blacks live. This “West Coast” offense has finally spread to schools in the South and the Great Lakes. Now more black quarterbacks are in the pipeline for the NFL to choose among.

On the demand side, for decades, NFL teams constructed their drop-back offenses around the expectation that their quarterback’s knees would inevitably become so banged up that he could barely walk, much less run. (Namath was the mythic exemplar of the perpetually-hobbled quarterback.) The special skills of black quarterbacks didn’t have much value within these conservative game plans. Fortunately, over the years, improvements in surgery, turf, and physical conditioning have made it a little less necessary for teams to treat their quarterbacks like fine china. So they have been exploring the possibilities of quarterbacks who can both throw and run.

It’s been a slow process, however, with frustration on all sides. Football teams are like armies—it takes them a lot of trial and error to figure out how to use a new kind of weapon effectively.

Perhaps surprisingly, Hollywood has already produced a good dramatization of the complicated opportunities and difficulties posed by black quarterbacks: Oliver Stone’s 1999 football movie Any Given Sunday. It’s not Stone at his best (or worst), but it’s a perceptive and fair depiction of the black quarterback issue by a man who gave up all hope of being politically correct years ago.

Dennis Quaid plays the white drop-back quarterback who gets too banged up to play. In desperation, old-school coach Al Pacino replaces him with a young black QB (an undersized Jamie Foxx) who has a chip on his shoulder because, throughout his career, coaches have tried to convert him to other positions.

Foxx doesn’t like studying the playbook. He just makes things up as he goes along, with often wonderful (but sometimes disastrous) results. This delights the sportswriters, who declare him “the future of football.” It drives Pacino crazy.

Eventually, Pacino and Foxx begin to respect each other’s strengths. They reach a compromise. Foxx finally bears down and learns the playbook. Pacino gives him more freedom on the field to make things happen. Together, they win The Big Game.

This Hollywood happy ending will probably eventually come true in NFL, too. Lots of talented men are working hard to make it a reality.

Meanwhile, expect no toleration for those so rude as to point out that the emperor has no cleats.