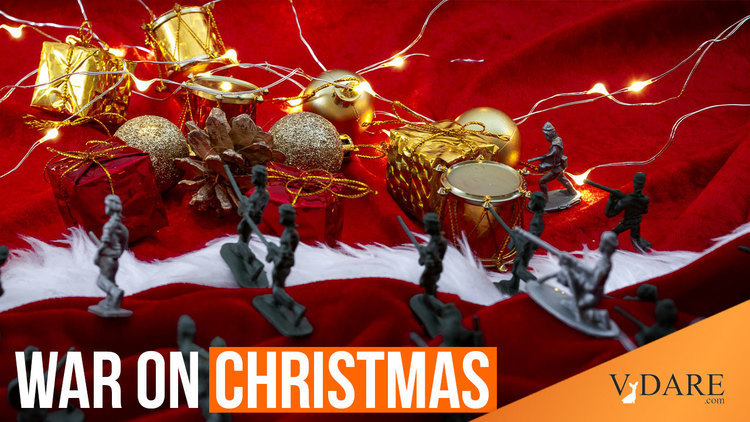 Tom Piatak: Jonathan Chait Denies The War On Christmas, Then Says It's Good

Jonathan Chait has an article on the War on Christmas.

A ‘War on Christmas’ Story

Who’s supposed to be waging this war? I have an idea.

First he denies there is one. Then, it turns out, he approves of it: he describes how the suburban Detroit public school he attended went from celebrating Christmas to celebrating "holiday," and he says that's good.

Incredible cast of characters in this story that will, in most other ways, be recognizable to American Jews who grew up in Christian enclaves. https://t.co/WydLa8bBrZ

Somewhat later, that suburban Detroit public school featured concerts in December where even "holiday" was not mentioned: see A Christmas Desert,  by Tom Piatak, Chronicles, December 8, 2016.