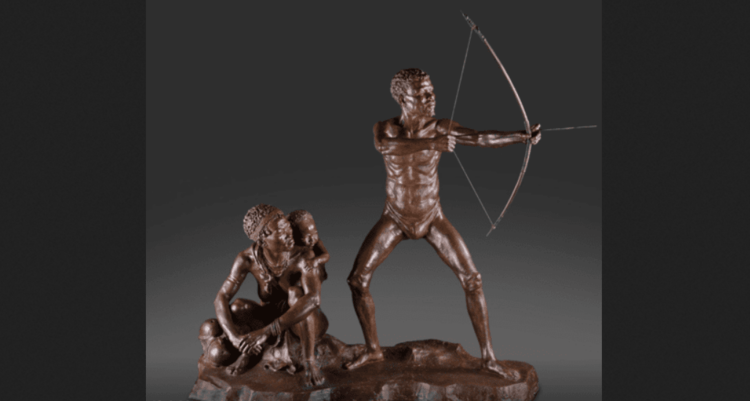 Today's Cultural Anthropologists Are Pygmies Standing on the Shoulders of Nuers

As I pointed out in VDARE in 2002, the greatest accomplishment by an American woman sculptor is Malvina Hoffman’s spectacular Races of Mankind collection created for Chicago’s Field Museum of Natural History Museum.

Now you might think that in an age constantly on the look out for female talent of the past, this would be honored. But from the late 1960s onward, Hoffman’s immense set of over 100 bronzes was broken up and intentionally insulted and denigrated by the museum for ideological reasons, for failing to bow down to the anti-human biodiversity dogmas of the late 20th Century. For example, the life-size 6’8″ Nuer Warrior bronze was displayed down in the basement utility room next to the Penny Squeezer machine.

Lately, the Field Museum has decided to treat Hoffman’s artistry a little more respectfully, but just with lots of printed labels insulting it. From the New York Times:

CHICAGO — For decades, the bronzes created by the artist Malvina Hoffman for the Field Museum’s “Races of Mankind” exhibit have had a ghostly afterlife at the institution. Hailed at their unveiling in 1933 as “the finest racial portraiture the world has yet seen” and viewed by millions of visitors, the sculptures were banished to storage in 1969, embarrassing relics of discredited ideas about human difference.

Some were later scattered through the museum, like the Australian aboriginal man who stood guard for a time outside a McDonald’s on the ground floor, minus his original boomerang and spear. But to curators they remained strangely compelling, if troubling, objects.

“When I first came here, I sort of fell in love with them,” Alaka Wali, an anthropologist at the museum, recalled recently. “But there was always debate about what the museum should do with them. They were problematic objects.”

Now the Field Museum has put 50 of the 104 sculptures back on display as part of “Looking at Ourselves: Rethinking the Sculptures of Malvina Hoffman,” an exhibition exploring both Hoffman’s artistry and the vexed history of the dubious scientific ideas that her talent was enlisted to serve. At the time of the bronzes’ creation, many anthropologists believed that the world’s people could be divided into distinct racial types, whose visible differences in skin tone, hair texture and bone structure explained differences in behavior.

It’s an idea, the show makes clear through wall texts and video touch-screen displays, that scientists have abandoned, though hardly one that has entirely gone away.

“It’s not as if just because scientists say race is not a biological fact, that it doesn’t continue to have an impact,” Ms. Wali, who curated the exhibition, said during a tour of the gallery. She stopped near a section discussing the legacy of scientific racism, which includes photographs of Black Lives Matter protests.

People who say that “human genetic variation doesn’t correspond to racial types” aren’t actually scientists speaking scientifically. Look, in this century, there have been a gigantic number of genome studies, and, on net, the’ve overwhelmingly bolstered the general outlook of the old physical anthropologists. 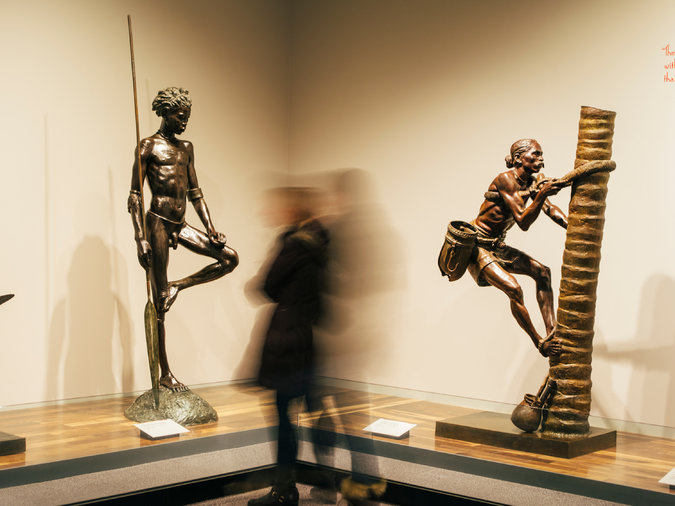 A Nuer man from Sudan and a Tamil man from southeastern India. Commissioned in the 1930s to illustrate racial types, over 100 bronzes by Hoffman were packed away in embarrassment. 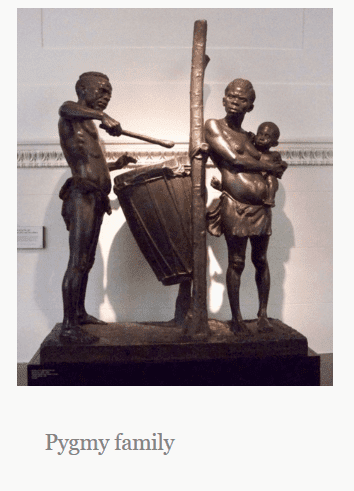 … It was Field who, in 1929, voted with the museum’s board to commission a group of artists to depict the world’s varied “racial types in a dignified manner.” Instead, the whole job went to Hoffman, a New York sculptor who had studied with Rodin, in what The New York Times called “probably the largest commission ever granted any sculptor,” male or female.

Hoffman traveled the world looking for models with her husband, Samuel Grimson, who took thousands of photographs and made film clips of potential subjects. Hoffman, who once studied anatomy by dissecting cadavers alongside medical students, approached the project with a meticulous realism, using different patinas to subtly suggest skin tones.

The “Races” exhibit, which opened in 1933, included both simple busts and elaborate life-size pieces showing people shooting arrows, climbing trees or posing with spears. In the center stood “Unity of Man,” showing noble figures representing what were believed to be the world’s three main racial groups shouldering the globe equally. But its overall thrust — driven home by diagrams showing different nose types and the like — was unmistakable: The world’s peoples could be arranged in a hierarchy, from the primitive to the most civilized.

About 10 million visitors viewed the exhibit over the next three decades, according to the museum, and a show of miniature reproductions traveled the country. But by the 1960s, the scientific theories behind the show had fallen into disrepute. In 1969, the exhibit was dismantled. The Field also halted publication of a “Map of Mankind” based on the exhibit, after receiving a letter from the poet Amiri Baraka (born LeRoi Jones), who denounced it as “white racist pseudo anthropology.”

If you can’t trust Amiri Baraka’s scientific expertise, who can you trust?

Science has shown today that “we share a common ancestry and the differences among people are not as great as they seem,” according to the website for “Race: Are We So Different?” — a traveling exhibition created by the American Anthropological Association.

At the Field, the few permanent exhibits that address human variation focus on cultural differences, like a wall of shoes from around the world that Ms. Wali curated in 1997.

Last year I went to Member’s Day where I was able to see the newly constructed exhibit displaying Hoffman’s statues. While the walls were adorned with anti-hate messages, stories about racism and the KKK, the statues stick out in sharp contrast to the attempted obfuscation of their meaning. It is amazing to see in person.

It is as though the Catholic Church took the bones of Sue (the T-Rex) and made an exhibit showcasing the divine brilliance of God in constructing an elaborate hoax to test mankind’s faith in the Bible’s creationism.

Likewise, in this case, the cultural construct on display is equally beautiful and revealing. The viewer sees the clear differences in the models in all their brilliant biological diversity.

Simultaneously, he confronts the dissonant, conflicting message of the exhibit – that race does not biologically exist. As such, the display is unintentionally meta. The bronze figures are not the center of focus. Rather, it is the spate of extreme measures that arbiters of “social justice” take to defend their worldview in the face of undeniable evidence to the contrary.

In this respect, it is perhaps the most brilliant work of millennial art. I hope people from 50 years will be able to see it in all its glory.