Tim Kaine's son was arrested in an attack on the March 4 pro-Trump rally in Minnesota: 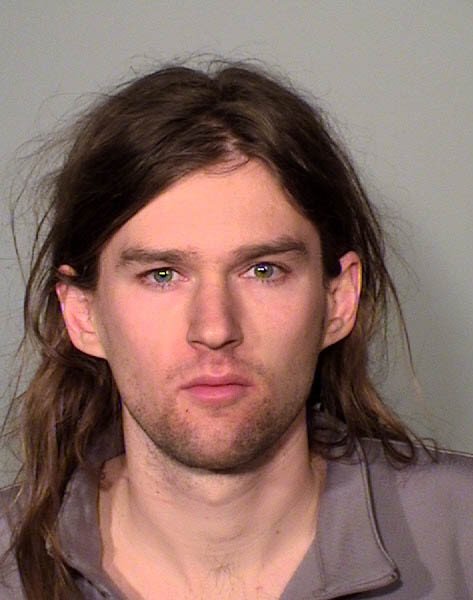 It took three cops and a chemical spray to subdue the youngest son of U.S. Sen. Tim Kaine, Hillary Clinton’s 2016 running mate, Saturday after he was identified as one of the counter-protesters who allegedly used fireworks to disrupt a rally in support of President Donald Trump at the Minnesota State Capitol.

Linwood Michael Kaine, 24, and four others were arrested on suspicion of second-degree riot after the “March 4 Trump” rally in St. Paul; a sixth person was cited for disorderly conduct. Counter-protesters clashed with Trump supporters in the Capitol rotunda after they disrupted the proceedings with air horns, whistles and chants. At one point, someone set off a smoke bomb. [more]

Senator Kaine himself sees no need to denounce his violent son or apologize for the hateful rhetoric—his own and Hillary's—that inspired it:

Virginia Sen. Tim Kaine, a St. Paul native, released a Tuesday night statement through a spokesperson to the Pioneer Press.

“We love that our three children have their own views and concerns about current political issues,” he said. “They fully understand the responsibility to express those concerns peacefully.”

Woody Kaine is one of three children of Tim Kaine and his wife, Anne Houlton. An older son, Nat, a Marine serving overseas, was more visible during the presidential campaign. 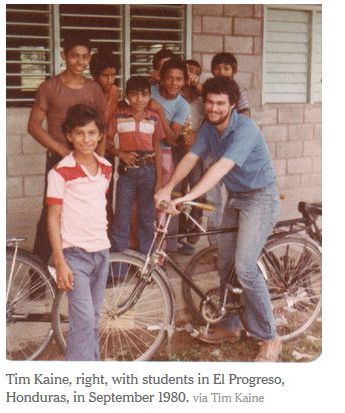 I have a feeling that Lt. Kaine was "more visible" because he's not an unshaven, long-haired thug. It's not like the MSM was searching the Kaine family for bad people, like they do with conservative candidates.

Speaking of the MSM and Kaine, during the campaign no one wanted to emphasize Kaine's history of associating with violent revolutionaries in Honduras during the Cold War, when the elder Kaine was unshaven, long-haired,  and on the other side. See

In spite of the violent nature of the anti-Trump rioting—the "fireworks" and "smoke bombs" may not have killed anyone but they were explosives—and the violence in young Kaine's resisting arrest, he's been released, and, according the Pioneer Press: 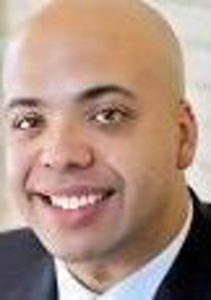 Samuel Clark, pictured right, is a Democrat. I say that not just on the 98% proability that he voted for Obama twice, but because he was a former Congressional Aide to Minnesota Senator Amy Klobuchar, hired over several better qualified men specifically because he is a black Democrat.[Klobuchar aide was only city attorney applicant St. Paul mayor interviewed by Kevin Duchschere, Star Tribune April 10, 2015]

So if a black Democrat refuses to prosecute the people who attacked Trump supporters, you can't help thinking that it's exactly the same in law as the earlier white Democrats of 55 years ago who refused to prosecute locals who attacked Civil Rights marchers.

And as Federale has pointed out (Trump Administration Must Use Civil Rights Law To Defend #BasedStickMan, Supporters Against Berkeley Anarcho-Tyranny)  that led to the passage of Civil Rights laws under which the riot-allowing Berkeley police can be prosecuted—and so can both the young Kaine, and possibly even Samuel Clark.