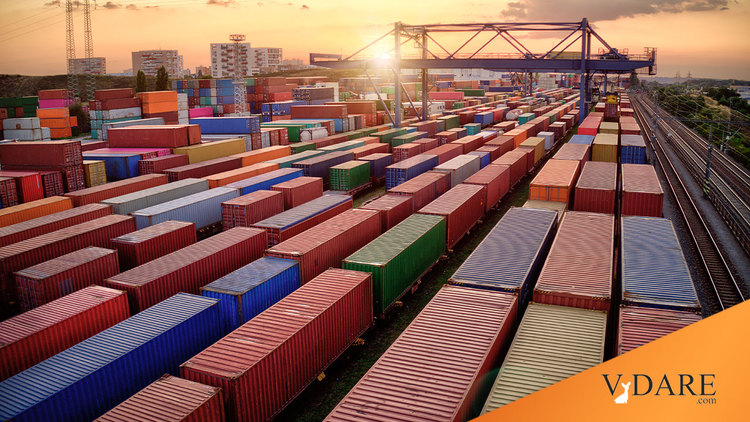 Under Joe Biden, everything old is new again. For instance, the nation is trembling on the verge of a railroad strike, which sounds like a headline from Joe’s first term in the Senate.

I don’t know if there will be a national railroad strike on Friday, but I did want to point out that labor unrest tended to be a major annoyance for Democratic Presidents from FDR through Carter, much as the Labour Government of the U.K. was brought down by strikes in the winter of 1979.

FDR was constantly battling John L. Lewis of the United Mine Workers during WWII. There was a musicians union strike during the War that shut down new records. FDR would call up the musician’s boss James Petrillo and beg him to call off his strike for the duration because it was hurting the morale of our fighting boys overseas that they couldn’t get a new Andrews Sisters record.

Truman threatened to use the Army to break a railroad strike in 1946.

Strikes happened under Republican presidents, too, of course, but they tended to be more politically sticky for Democratic Presidents, who were generally expected to do something about their supporters striking.

Also, strikes tend to be peculiarly psychologically agitating to many members of the public. When I read about a strike in the newspaper, I’m usually struck by the fear that I might suddenly want to do something and I can’t because of the strike. For example, what if I wake up tomorrow and want to take Amtrak to Chicago? Granted, I can’t recall if I’ve taken a train in this century. It’s like when the Chicago Symphony Orchestra goes on strike and I am suddenly scared that I might want to fly to Chicago (or, now that I think of it, take a train) to Chicago to hear the CSO and I can’t? Of course, I lived in Chicago and only went to see the orchestra once (note: they were really good—it’s me, not them). But still…