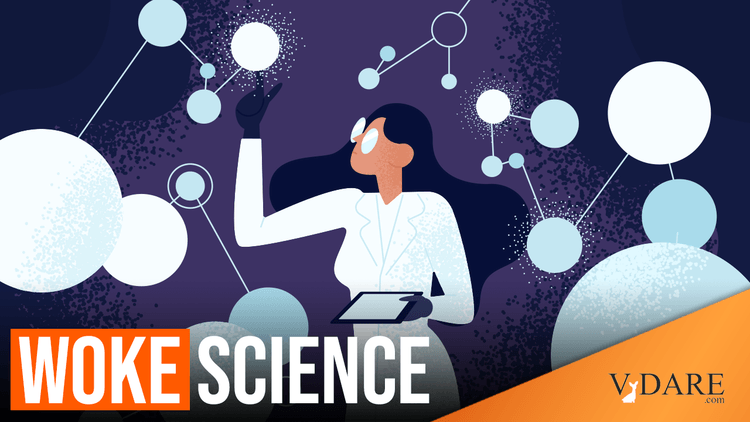 The Woke Are Reversing The Compartmentalization Of Science From Faith

From a New York Times book review that provides a useful way to think about the Great Awokening’s “de-compartmentalization” of science from the Woke faith (“All races and genders are created equal, but some are more equal than others”) that is threatening scientists and thus science.

BOOKS OF THE TIMES

Modern Science Didn’t Appear Until the 17th Century. What Took So Long?
By Jennifer Szalai
Oct. 7, 2020

… “The Knowledge Machine,” a provocative and fascinating book by the philosopher Michael Strevens that mostly enthralled me, even as a couple of parts set my teeth on edge.

… But human civilization has existed for millenniums, and modern science — as distinct from ancient and medieval science, or so-called natural philosophy — has only been around for a few hundred years. What took so long?

… According to “The Knowledge Machine,” it took a cataclysm to disrupt the longstanding way of looking at the world in terms of an integrated whole. The Thirty Years’ War in Europe — which started over religion and ended, after killing millions, with a system of nation-states — made compartmentalization look good. Religious identity would be private; political identity would be public. Not that this partition was complete in the 17th century, but Strevens says it opened up the previously unfathomable possibility of sequestering science. The timing also happened to coincide with the life of Isaac Newton, who became known for his groundbreaking work in mathematics and physics. Even though Newton was an ardent alchemist with a side interest in biblical prophecy, he supported his scientific findings with empirical inquiry; he was, Strevens argues, “a natural intellectual compartmentalizer” who arrived at a fortuitous time.

This is a pretty standard explanation: after the Thirty Years War of 1618–1648, Europeans were sick of wars of religion, so they tried to be more tolerant of each other’s views on faith and instead look for common ground, such as science, in which they could productively work together.

But now we have a rising new religion, Wokeness, that tolerates no dissent. How dare you compartmentalize your view of scientists?

So modern science began, accruing its enormous power through what Strevens calls “the iron rule of explanation,” requiring scientists to settle arguments by empirical testing, imposing on them a common language “regardless of their intellectual predilections, cultural biases or narrow ambitions.” Individual scientists can believe whatever they want to believe, and their individual modes of reasoning can be creative and even wild, but in order to communicate with one another, in scientific journals, they have to abide by this rule. The motto of England’s Royal Society, founded in 1660, is “Nullius in verba”: “Take nobody’s word for it.”

… The machine in Strevens’s title has scientists pursuing their work relentlessly while also abiding by certain rules of the game, allowing even the most vehement partisans to talk with one another.

Yeah, well, that was then, but this is now. From the Los Angeles Times: 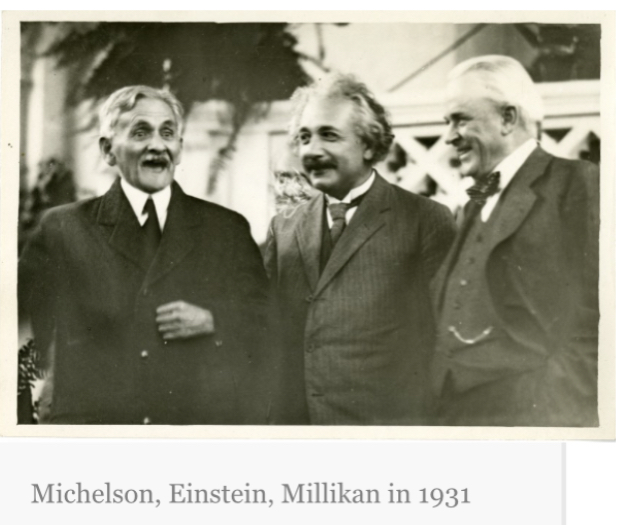 Column: Caltech’s effort to confront its racist past hits a snag

At first blush, the California Institute of Technology seemed to respond promptly and well to the uproar sparked this summer over its apparent complicity with the racist eugenics movement of a century ago.

Caltech, one of the nation’s leading scientific research institutions, took steps to increase diversity in its undergraduate and graduate programs, publish data on diversity at all levels from faculty appointments to undergrads, and improve its institutional response to discriminatory behavior.

The Pasadena university also established a task force to examine its policies on naming campus buildings.

This was aimed directly at the disclosure that its venerated former president, Robert A. Millikan, had been an officer of the pro-eugenics Human Betterment Foundation, which promoted forced sterilization and racial segregation.

A petition seeking to remove the name of Millikan and others associated with the foundation from campus buildings and programs has been signed by 1,083 members of the Caltech community, according to its organizer, Michael Chwe, a UCLA faculty member and Caltech alumnus.

But Caltech’s effort to come to terms with racism in its past has run into a snag.

The so-called Naming Task Force has been rattled by the resignation of one of its members, Sarah Sam.

She says she is black.

A doctoral student in neurobiology who is president of Black Scientists and Engineers of Caltech, Sam was the only Black student on the 15-member task force, which comprises faculty, alumni, students and administrators.

Sam announced her resignation on Sept. 28 with a broadside in which she asserted that “the membership of this committee neither has the background nor is willing to address institutional racism at Caltech.”

She suggested that some committee members seemed intent on minimizing the impact of eugenics and the Human Betterment Foundation on the victims of sterilization.

Some even tried to rationalize eugenics as standard intellectual thinking in Millikan’s era and compulsory sterilization as “an artifact of limited scientific understanding during the early 20th century,” she said.

Sam alleged that “several committee members are eugenics apologists,” though she didn’t identify them. “Many of our meetings have centered around the question, ‘To what extent is eugenics wrong/racist?’” — a question that one would think had long been settled by the eugenics movement’s role in racial policies of the Nazi regime in Germany. …

Few figures have as towering a reputation at their academic institutions as Robert A. Millikan does at Caltech. Millikan, who died in 1953, served as Caltech’s president for 24 years, longer than anyone else.

A Nobel laureate in physics, Millikan helped establish the school’s worldwide reputation. During his lifetime, he was also a leading public intellectual; his name still adorns schools and streets around the Southland. …

But archival research, much of it associated with the renaming issue, points to overt racism on Millikan’s part.

In a speech he delivered in 1924, four years into his tenure as Caltech’s president, he stated that “California is today … the westernmost outpost of Nordic civilization. The problem of the relations of our race to the Asiatic races is the big race problem of the future. California must inevitably contribute largely to the solution of that problem.”

In a 1951 letter written during a visit to Mississippi, he told his wife, Greta: “More than half of the population in this state is made up of negroes — a very serious situation. For it means that under universal suffrage they could control the state now — an unthinkable disaster in view of the sort of people they now are.” …

Millikan wrote that in a private letter to his wife, so who knows what even more horrible thoughts he might have been thinking inside his own head but didn’t dare express? How can such a possibility be tolerated?

Caltech hasn’t progressed far enough from its history of discrimination, the Black Scientists and Engineers asserted in a June 25 statement that helped to prompt the institution’s stock-taking; of 1,299 graduate students, only 11 were Black, the organization stated.

Of course, that might have something to do with the Test Score gap.

…The Palo Alto school district has voted to take Terman’s name off a middle school. Pasadena’s Neighborhood Unitarian Universalist Church, which Millikan co-founded, last year removed his name from a room in its building.

You can always count on the Unitarian Universalists to have your back when you get into a jam and need a friend.

At Caltech, Sam says that while she was on the renaming committee, it was still grappling with such fundamental questions as, “How do we separate the scientist from the man?”

She says her conviction that one could not distinguish a person’s career from his or her character “was not shared by my fellow members.”

It’s almost as if the major scientists on the committee with this grad student understand better than her that the history of science is testimony to the wisdom of not burning scientists at the stake when they disagree with you on questions of religious faith. You may find their opinions offensive, but the principle of compartmentalization means you are supposed to set your feelings aside and deal with questions of science rather than with your personal religion of race.

Some would ask, “Are we going to rename a building every time we disagree with their politics?” she says. “The implication there was that eugenics ideology and committing crimes against humanity was simply a matter of politics, not ethical standards.”

It’s not like they want Caltech to cancel the Linus Pauling lectures just because he was a fellow traveler and eugenicist. Being sympathetic to Communists is A-OK, and we can forgive Pauling’s eugenics advocacy because he was a Person of Leftness.

They just want to cancel the scientists they personally hate, not the ones they don’t personally hate. Individuals of the preferred race, gender, ethnicity, etc. (a.k.a., People of Power) will provide you with lists of who they hate at the appropriate times.

It’s not hard to understand the quandary Caltech faces in making a clean break with Millikan. “There’s a mythology about Millikan on campus,” Chwe observes. “I was part of that mythology. We were taught that he was a great man, so when I first heard that he was a eugenicist, I felt a little betrayed.

“But you can’t teach students that people are worthy of respect when they’re not. Then you’re just implicating them in your mythology.”