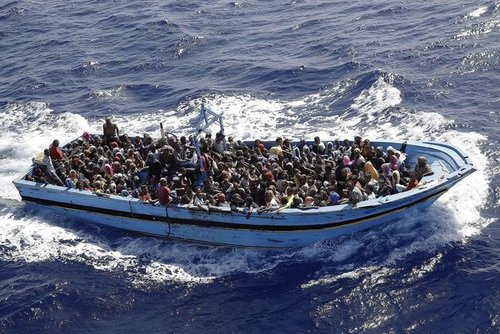 The Vibrant Migrant: Why Boring Old Europe Needs to Welcome More Refugees from the Middle East and Africa

Terror attacks on 3 continents, including 37 killed at Tunisia hotel

(CNN)Gunmen killed at least 37 people at a beachfront Tunisian hotel on Friday, the same day terrorists lashed out brutally in France and bombed a mosque in Kuwait.

Tunisia’s health ministry reported those deaths as well as 36 injuries in and around the Hotel Riu Imperial Marhaba in the coastal Tunisian city of Sousse, according to the state-run TAP news agency. There were three attackers — one of whom was killed, one arrested and one escaped — Interior Ministry spokesman Mohammed Ali Aroui told reporters.

A woman from Wales told CNN’s Robyn Kriel that she saw bloodied bodies lying in the sand and people from neighboring hotels jumping over to fences to get to her hotel. She said she is staying about a mile from the main attack scene, but visitors there still took precautions by putting mattresses up against the door to slow any gunmen who might try to barge in.

The hotel guest said she heard at least 30 seconds of sustained gunfire, though things have become relatively quiet by early afternoon.

On its website, Hotel Riu Imperial Marhaba is described as an all-inclusive hotel with views of Port El Kantaoui. It contains indoor and outdoor pools, including one for children, as well as buffet-style and theme restaurants. …

Tunisia’s nightmare came on the same day as at least two deadly terrorist attack in other countries.

One person was beheaded and two injured at a gas factory near Lyon in southeastern France, according to French President Francois Hollande. And ISIS has claimed responsibility for an apparent bomb blast at the Shiite-affiliated Al-Sadiq mosque in Kuwait’s capital during Friday prayers, leaving at least 25 dead and more than 200 injured.

Video of the blast above.