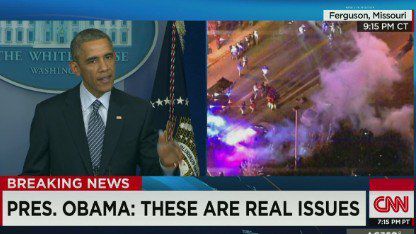 I was redpilled by the shocking absence of promising young blacks killed by cops. The best they could come up with were Trayvon and Michael Brown. No wonder that Emmitt Till is still the go to victim.

Around the active protests over Michael Brown, there were three other blacks killed by cops. One was mentally ill and attacking cops with a knife, one was caught on tape firing at an officer, a third was on home detention (broken) on a weapons charge and posted pictures of his weapons on social media. After an initial outcry, these were quickly abandoned as highly unsympathetic figures.

All they could come up with were juveniles who had suppressed records.

The popularity of crowdsourced crime data has dropped as it failed to support the narrative.

Data is a white thing, but the depressing lack of sympathetic victims is well known in the Black community. Hence the over reaction to any possible case. Charlotte was the end after the vic, who was shot by a black cop then proven to have been armed with both a mental and a criminal history.

The sympathetic Black victims are inevitably murdered by blacks.

Blacks are race realists by proximity and know these things. Meanwhile, the best their white leftist allies can come up with are micro aggressions.

In addition the anti incarceration movement was gearing up. Unfortunately, this was the last thing needed in black urban neighborhoods. The failure of the Civil Rights movement to improve outcomes for the typical black is undeniable.

So Clinton reformed/reduced welfare, housing projects were torn down, mass incarceration was tried and rejected, education was failing to reduce the racial performance gaps. And all they had was micro aggressions and unconscious racism.

Very few people have noticed what a tragedy it was that Obama agreed to racialize what could have been non-racial good government pushes to reduce the number of police shootings and incarcerations.

For example, in 2010 I got involved in investigating a law enforcement shooting of a teenager in a local parking lot. I happened to run into the bereaved mother also looking for clues, and encouraged her to sue. A judge eventually awarded her $3 million.

But this case got zero publicity until the judgment came down, because nobody cares about white-on-white shootings. The fact that racism couldn’t be involved, just poor decisions by all the participants, civilians and LEO, made it boring to the media.

There are plenty of cases like this every year in the U.S., in which the shooter and shootee are the same race, so moralizing about racism doesn’t enter into it. We all have an interest in cops getting better trained to make better decisions, including cops.

Similarly, it could be reasonably argued that advances in technology, such as GPS monitors, and the decline in crime culture since the early 1990s crack era, would allow for a judicious shortening of prison sentences, which would save the taxpayer money. (I don’t know if this is true, but I’d definitely listen to somebody who started his appeal for shortening sentences in the 2010s by admitting that liberals made a huge mistake in the 1960s by reducing sentences. But barely anybody would do that because it undermined The New Jim Crow conventional wisdom.)

Unfortunately, conversely, there’s nothing more disastrous than the Establishment, such as the President, telling blacks that their unfortunate outcomes are the result of White Evil. And that’s exactly what the Good and the Great did during Obama’s second term, with bad consequences.