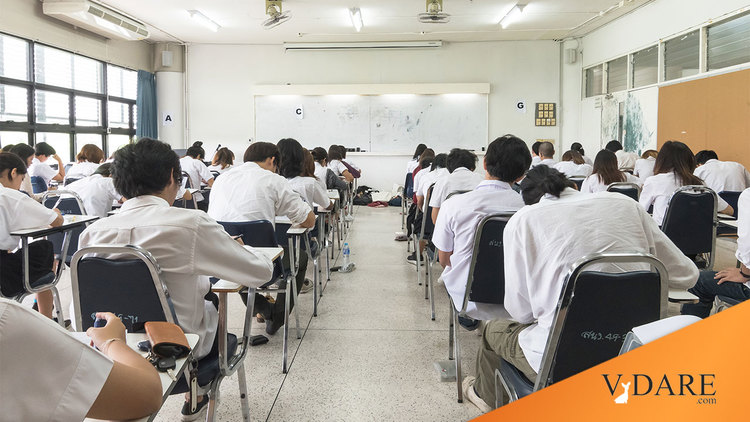 The SAT Gap And The Supreme Court: Are Asians Just Massively Smarter Or Is The SAT Broken?

This is an important issue w/the Harvard affirmative action case coming up in the Supreme Court: are Asians pulling away from everybody else on the SAT undergrad test because they are so much smarter, or because the SAT is broken? Asians aren't lapping the field on MCAT or LSAT. https://t.co/VRgPeqLGY7

If, in this century, left-handed baseball relief pitchers appeared to be pulling away from right-handed relief pitchers, the Internet would be swarming with superb statistical analyses of the question.

In contrast, Asians have been increasingly outscoring everybody else on college admissions tests in this century, but less on postgrad admissions tests, and the tiny percentage of people who know about it, such as myself, tend to be pretty uncertain about why it’s happening, and nobody else seems interested.