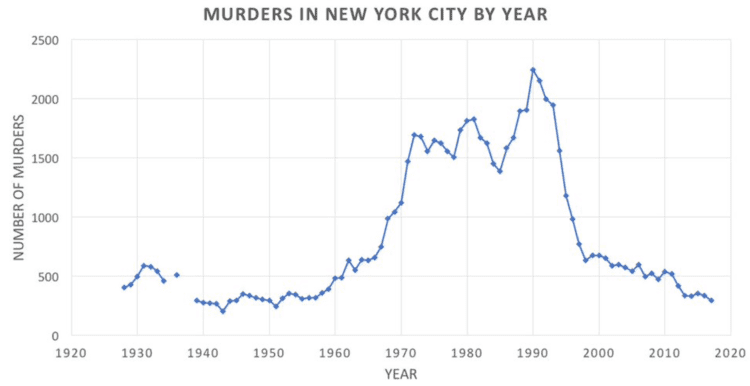 The Rise and Fall of Murder in New York City

"Democratic leaders...are calling for a massive reduction in the NYPD's budget to show their "commitment towards moving away from the failed policing policies of the past. ”"

In reality, the NYPD has implemented the most successful policing policies of the last quarter century, as this graph from Wikipedia shows: Cities are broke, so different interest groups that rely on taxpayer dollars are trying to throw each other from the sleigh to enlarge their share of the shrinking pie.