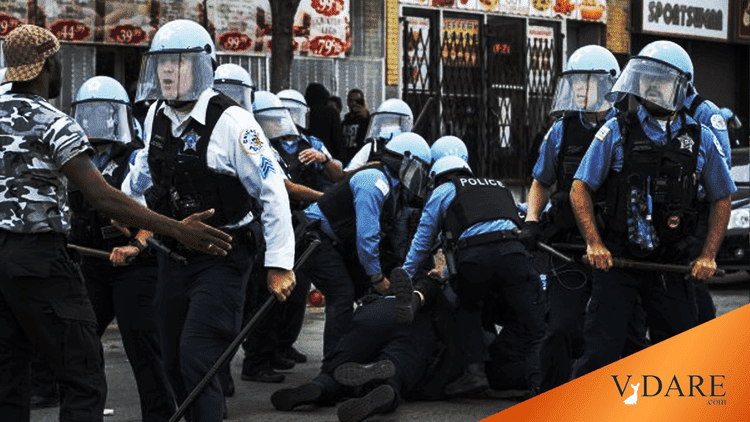 The Goal Is to Destroy the Police as a Conservative Institution

The purpose of this movement isn’t to abolish the police or to enact Catalonia-style anarchy (which I might actually be in favor of), but to destroy the police as a conservative institution. The police are one of the last large, significant conservative institutions in the US; ergo, they must be destroyed. Get rid of the 105 IQ ex-jocks with crew cuts. Bring in the underemployed liberal-arts graduates.

For example, as I’ve been pointing out for years, almost all of the time when the national media falls for a hate hoax, such as Jussie Smollett’s, the local cops keep their wits about them.

That kind of sensible skepticism must end.

The priorities will change too: no more arrests for dealing drugs. Property crime will be put on the back-burner. Expect a HUGE emphasis on white-collar crimes, domestic violence and all kinds of sex cases though. And an emphasis on “disparate impact” in arrests and convictions, which you can achieve by either arresting fewer black men or more white men.

… This movement isn’t about justice or mercy or humanism; it’s about power, and once power has been obtained, it will be about settling the old scores.