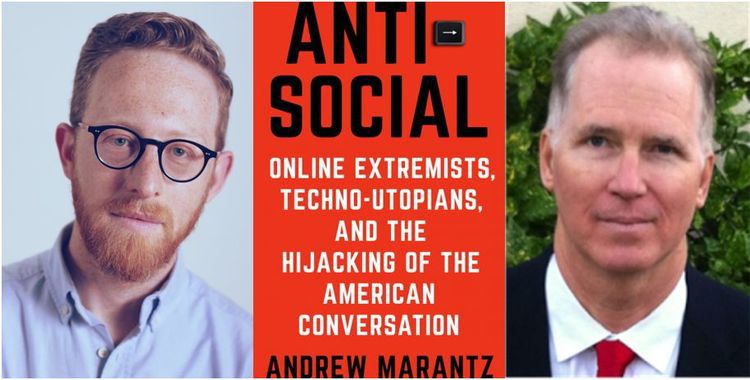 The Reviled Right: Sailer On Andrew Marantz's "The Sailer Strategy"

Earlier, Why Wouldn’t ANTISOCIAL’s Andrew Marantz And Viking Books Factcheck By Email? BECAUSE THEY WANT TO LIE!

In 2019, two books demanding more censorship have each devoted a chapter to portraying me as a historic villain.

In the first, Angela Saini’s Superior: The Return of Race Science, I was cast as a bad guy along with Sir Francis Galton, James D. Watson, David Reich, Morrissey, and Albert Einstein, which, I must say, is pretty cool company.

Sadly, in New Yorker writer Andrew Marantz’s new Antisocial: Online Extremists, Techno-Utopians, and the Hijacking of the American Conversation, the chapter about me (“The Sailer Strategy”) is folded in amidst interminable profiles of right-wing nutrition supplement hucksters like that Ape Brain guy, which I found less edifying than being included on Saini’s list of evil great white men.

Both authors are convinced that I helped hijack something big, although they disagree about whether it was science or politics. (I’ve been busy, apparently.)

Marantz has a noticeably higher IQ than Saini … But Marantz’s Ctrl-Left thesis is much the same as Saini’s: Something must be done about all the bad people, like me, who have been “hijacking the American conversation” with our control of the media.