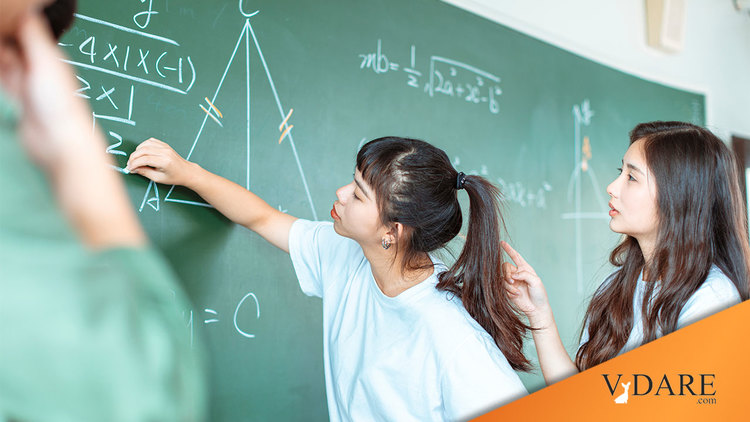 THE END OF AFFIRMATIVE ACTION WOULD BE A DISASTER

The discrimination experienced by Black Americans over centuries has simply not been undone.

… In 1954, when Brown v. Board of Education compelled the desegregation of American schools—and sought to integrate American society—racial inequality in the U.S. was literally a black-and-white issue: 89 percent of the country was white, and 10 percent was Black. Today, white, Black, Asian American, and Latino students vie for admission alongside students from around the world. Some students—regardless of ethnicity—are privileged; others are disadvantaged.

Against this backdrop, we contend that Black students remain particularly and egregiously disadvantaged. Further, we contend that we need affirmative action now more than ever precisely because of today’s increased demographic complexity. If we do not redouble our commitment, Black students won’t just remain at the back of the line in American life; they will be pushed even further back.

It sounds like the authors are next going to reveal the Big Secret: that Harvard can’t get rid of affirmative action because African-Americans are ever increasingly being buried by Asians, who are growing both in quantity and quality of test scores and grades. Without society continuing to give blacks a big fat thumb on the scale forever, blacks would more or less vanish from elite academia and be replaced by countless Asians. The chance that an individual Asian will score 1400 to the maximum of 1600 on the SAT appears to be about two dozen times greater than an individual black will score that high. The white to black gap, in contrast, is only about 7 to 1.

You could make the argument that in 2003 when Sandra Day O’Connor put a 25-year time limit on affirmative action being allowed to violate “equal protection of the laws,” she was being naive, both about the genetics of racial differences in performance but most of all about the Asian Crush that was much less noticeable 19 years ago.

But then Bollinger and Stone chicken out and revert to the usual Blame Whitey rhetoric.

… From 1988 to 2014, the number of K–12 schools in the U.S. that had a 99 percent nonwhite student population more than doubled, from 2,762 schools to 6,727. By the 2010s, the percentage of Black students attending schools across the South that were at least 50 percent white had plunged by nearly half, from a peak of 44 percent to 23 percent. Predominantly white school districts collectively receive $23 billion more a year than predominantly nonwhite school districts, where Black students are less likely than white students to have access to college-preparatory-level math and science courses. Black Americans still lag behind white Americans in overall educational attainment. And Black males are twice as likely to quit school as their white male classmates.

Consequently, getting into college, competing once there, and graduating four years later is a harder slog for Black students, many of whom are underprepared and underfinanced compared with their white counterparts on campus.

As a 2022 report issued by the Economic Policy Institute notes, “In 1968 blacks were just over half (56.0 percent) as likely as whites to have a college degree, a situation that is essentially the same today (54.2 percent).”

In Grutter, Justice Sandra Day O’Connor, writing for the majority, posited a “sunset clause” on racism in America. By the year 2028, she contended, puzzlingly, America would be color-blind. About five years shy of the arbitrary deadline she established, it is impossible to argue that Black Americans enjoy equality of opportunity. They do not.

They enjoy more opportunity under the law.

Affirmative action must continue, potentially for generations to come—because the invidious discrimination experienced by Black Americans over a three-century span has not been undone.

What America needs is a 1618 Project that would educate the public on how c. 60,000 years of separate evolution in much different environments led Out-of-Africa humans and Stay-in-Africa humans to diverge culturally and genetically. It’s nobody’s fault that different peoples who evolved in different places wound up different on average, so we can cool it with all the racial hate against whites.