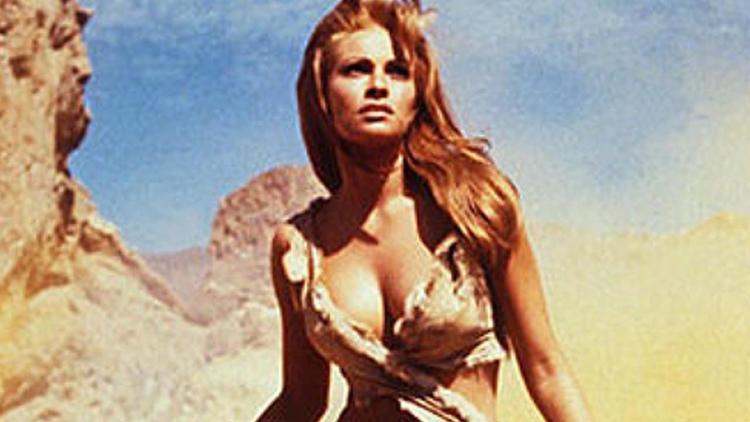 In the Chronicle of Higher Education, U. of Minnesota evolutionary biologist Marlene Zuk promotes her upcoming book Paleofantasy: What Evolution Really Tells Us About Sex, Diet, and How We Live:

Newspaper articles, morning TV, dozens of books, and self-help advocates promoting slow-food or no-cook diets, barefoot running, sleeping with our infants, and other measures large and small claim that it would be more natural, and healthier, to live more like our ancestors. A corollary to this notion is that we are good at things we had to do back in the Pleistocene, like keeping an eye out for cheaters in our small groups, and bad at things we didn't, like negotiating with people we can't see and have never met.

I am all for examining human health and behavior in an evolutionary context, and part of that context requires understanding the environment in which we evolved. At the same time, discoveries like those from Sverrisdóttir's lab in Sweden make it clear that we cannot assume that evolution has stopped for humans, or that it can take place only ploddingly, with tiny steps over hundreds of thousands of years. In just the last few years we have added the ability to function at high altitudes and resistance to malaria to the list of rapidly evolved human characteristics, and the stage is set for many more. We can even screen the entire genome, in great gulps of DNA, looking for the signature of rapid selection in our genes.

To think of ourselves as misfits in our own time and of our own making flatly contradicts what we now understand about the way evolution works—namely, that rate matters. That evolution can be fast, slow, or in-between, and understanding what makes the difference is far more enlightening, and exciting, than holding our flabby modern selves up against a vision—accurate or not—of our well-muscled and harmoniously adapted ancestors.

Recognizing the continuity of evolution also makes clear the futility of selecting any particular time period for human harmony. Why would we be any more likely to feel out of sync than those who came before us? Did we really spend hundreds of thousands of years in stasis, perfectly adapted to our environments? When during the past did we attain this adaptation, and how did we know when to stop?

If they had known about evolution, would our cave-dwelling forebears have felt nostalgia for the days before they were bipedal, when life was good and the trees were a comfort zone?

Yeah, probably. There's some evidence that older pre-pubescent children feel relatively strong urges to practice climbing trees. If you are, say, 10 years old and a big carnivore is coming your way, climbing a tree is a particularly good way to escape if you are old enough and competent enough to not fall, but light enough to climb well, but not strong enough yet to stand and fight. So, kids like to practice climbing on monkey bars and jungle gyms, which were a popular staple of playgrounds until liability issues got in the way.

Maybe this is all just a just-so story, but there's been a modest amount of research on what kinds of landscapes are most attractive at different ages and to different sexes and the results seem to fit to some extent with reasonable surmises about the past.

In contrast, the appeal of mountain climbing draws upon some basic human urges (e.g., get up high to see the view). But it also requires a vast cultural apparatus, including a huge mountain climbing literature going back to the poet Petrarch 700 years ago, the first European we know of to climb a mountain (a small Alp of 6000+ feet) for the sake of climbing a mountain.

This helps explain why mountain climbing is such a literary sport — it appeals most to those who read books about other mountain climbers. In contrast, wrestling doesn't require a giant literature. If there were no more books published about wrestling, boys would still try it spontaneously.

... If we do not look to a mythical past utopia for clues to a way forward, what next? The answer is that we start asking different questions. Instead of bemoaning our unsuitability to modern life, we can wonder why some traits evolve quickly and some slowly. How do we know what we do about the rate at which evolution occurs? If lactose tolerance can become established in a population over just a handful of generations, what about an ability to digest and thrive on refined grains, the bugaboo of the paleo diet?

A few decades ago, heavily carbohydrate-based diets were widely advocated by scientists on the grounds that East Asians who ate mostly rice had low rates of heart disease.

But, my ancestors weren't East Asian, so it turned out it was easier for me to keep my weight somewhat in check when I started eating less starch and more meat and butter. (My problem is that when I'm hungry, the first bowl of breakfast cereal just increases the hunger pangs, so I would eat two or three more bowls.)

I think the general lesson is that everybody's different, so you should consider solutions that may have worked for your ancestors and try some of them to see if they work for you. Sure, maybe some exotic diet imported from Laos or wherever is ideal for your individual genome, but it should be lower down your priority list of what to check out. In particular, talk to your close relatives about what works for them.

Breakthroughs in genomics (the study of the entire set of genes in an organism) and other genetic technologies now allow us to determine how quickly individual genes and gene blocs have been altered in response to natural selection. Evidence is mounting that numerous human genes have changed over just the last few thousand years—a blink of an eye, evolutionarily speaking—while others are the same as they have been for millions of years, relatively unchanged from the form we share with ancestors as distant as worms and yeast.

What's more, a new field called experimental evolution is showing us that sometimes evolution occurs before our eyes, with rapid adaptations happening in 100, 50, or even a dozen or fewer generations. Depending on the life span of the organism, that could mean less than a year, or perhaps a quarter-century. It is most easily demonstrated in the laboratory, but increasingly, now that we know what to look for, we are seeing it in the wild. And although humans are evolving all the time, it is often easier to see the process in other kinds of organisms. ...

It's common for people to talk about how we were "meant" to be, in areas ranging from diet to exercise to sex and family. Yet these notions are often flawed, making us unnecessarily wary of new foods and, in the long run, new ideas. I would not dream of denying the evolutionary heritage present in our bodies—and our minds. And it is clear that a life of sloth with a diet of junk food isn't doing us any favors. But to assume that we evolved until we reached a particular point and now are unlikely to change for the rest of history, or to view ourselves as relics hampered by a self-inflicted mismatch between our environment and our genes, is to miss out on some of the most exciting new developments in evolutionary biology. ...

Steve Jones, a University College London geneticist and author of several popular books, has argued for years that human evolution has been "repealed" because our technology allows us to avoid many natural dangers. But many anthropologists believe instead that the documented changes over the last 5,000 to 10,000 years in some traits, such as the frequency of blue eyes, means that we are still evolving in ways large and small. Blue eyes were virtually unknown as little as 6,000 to 10,000 years ago, when they apparently arose through one of those random genetic changes that pop up in our chromosomes. Now, of course, they are common—an example of only one such recently evolved characteristic. Gregory Cochran and Henry Harpending even suggest that human evolution as a whole has, on the contrary, accelerated over the last several thousand years, and they also believe that relatively isolated groups of people, such as Africans and North Americans, are subject to differing selection. That leads to the somewhat uncomfortable suggestion that such groups might be evolving in different directions—a controversial notion to say the least.

A big reason there's so much confusion on this topic is that we aren't supposed to think about genetic differences between people based on their ancestry. So, a couple of decades ago Tooby and Cosmides came up with the idea that everybody's ancestors 50,000 years ago were paleolithic hunter-gatherers, and thus we've all inherited the exact same human nature. But, of course, humans have continued to evolve over the last 50,00 years, often in radically different environments.

Thus, we see major differences based on ancestry: Italians and Jews suffer less from binge drinking than Scandinavians because their ancestors had alcohol many generations earlier. In the Olympics, high altitude-adapted Ethiopians make better distance runners than sprinters, while West Africans and their diaspora make better sprinters than distance runners.

That doesn't mean that everything is racially determined, just that it will probably be worth your while to think about what your ancestors were like and what worked for them. If, say, you have a lot of alcoholics in your family tree or it's a stereotype about your ethnicity, be careful with the booze. Probably none of your ancestors evolved successful adaptations for hitting the crack pipe without it hurting them much, so avoid cocaine altogether.

I don't give much in the way of diet or exercise advice for two reasons:

Most diet books are written to give the impression that all previous diet books were Wrong. But, no doubt some worked well for some people.

So, I mainly advise people to experiment, but try to prioritize what you will experiment with based on the likelihood that it will work for your genome. At family gatherings, talk to your blood relatives. Pay more attention to how your slender aunt keeps the pounds off than how your slender sister-in-law does it, because what works for your aunt is more likely to work for you. Think about your ancestors and your racial group(s). Everybody tends to be descended from people who were reasonably well adapted to their environments as opposed to misfits, so think about their nutritional and exercise environments.

As Gregory Clark pointed out in A Farewell to Alms, most Englishmen today are descended from successful farmers of 1200 to 1800, as opposed to wretched farm laborers. The landowners probably ate a fair amount of the roast beef of merry olde England.