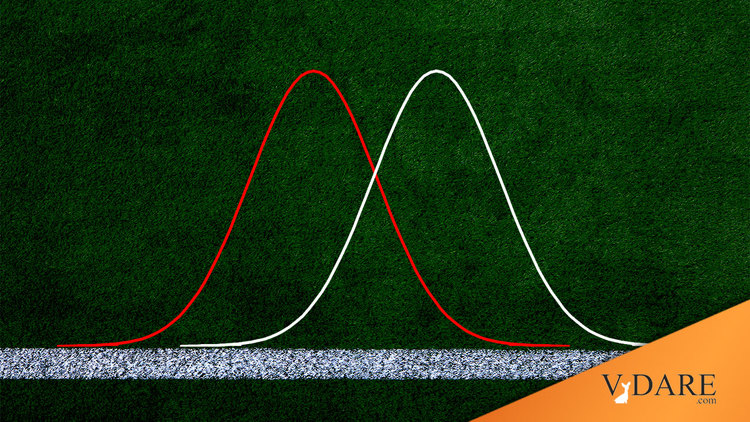 The NFL Black Coach Controversy—Contra David French, One Out Of 32 Is A Slight OVER-Representation

Earlier: David French: NFL Is “Racist" Because Blacks Are Underrepresented At The Top. Data: Blacks Hold 17 Percent Of Top Positions

As sports-challenged as I am, I know what the NFL is. It's the National Football League, representing 32 teams playing America's main wintertime ball game professionally.

In the news currently is a lawsuit against the NFL by Brian Flores, a black guy who was formerly coach of the Miami Dolphins. The lawsuit alleges, among other things, that NFL teams systematically discriminate against black applicants for coaching and front-office positions.

David French sputters over this at the Atlantic website:

The lawsuit contains statistical and anecdotal evidence. It also tells a story. The statistical evidence demonstrates extraordinary underrepresentation of Black coaches and executives. While 70 percent of NFL players are Black, only one out of 32 teams employs a Black head coach; six out of 32 teams employ a Black general manager. [Reverential capitalization of Black in original]

Prompted by a Radio Derb listener, I ran the math on that bit about only one out of 32 teams employing a black head coach. Here's the math.

Let's say the current U.S. population is 333 million. On the usual definitions and percentages given, that breaks down as 43.3m self-identifying blacks, 216.5m whites, 73.2m other. I'll ignore the other, just deal with blacks and whites.

It's reasonable to suppose that being head coach of an NFL-level team needs some smarts above the average. I have no idea how much more, but let's say one standard deviation above the white American mean. That means an IQ of 115 or more—by no means a genius, but smart enough to get through the average course at an average college.

How many of America's 43.3m blacks does that fit? Well, taking mean IQ to be 85 and standard deviation 15 and assuming a normal distribution, the Microsoft Excel NORMDIST function tells me that 2.274 percent of blacks have IQ 115 or more. That is 985,000.

Dividing that by the corresponding number for blacks gets you a white/black ratio of 34.87. So on a perfectly fair, meritocratic basis, on the assumptions I've made, you would expect around one black head coach per 35 teams. The number quoted by David French, one in 32, is a slight over-representation of blacks.

The numbers I have just worked out should be of interest to the NFL's attorneys. I have of course taken the precaution of registering them as copyright. If the attorneys want to get in touch with me to negotiate terms, I can be reached via VDARE.com.