The LAPD Learns from Machiavelli To Control Gangs 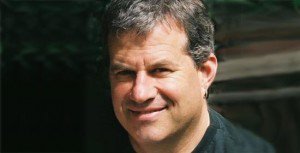 Los Angeles has always been full of bizarre and entertaining local news, but the dominant Los Angeles Times traditionally found tabloid stories in poor taste.In the last decade, however, it featured a first rate reporter named Sam Quinones who combined a taste for lurid crime stories with impressive big picture analytical chops. His 2008 LAT article “A familial mean street: Networks of relatives have bred crime on once-peaceful Drew Street, police say” was so good that I commented upon it at length in VDARE.

He focused on the extended family of that Mama Leon that had made Drew Street of Glassell Park in a prime location just north of downtown Los Angeles into a pocket battlefield:

“An illegal immigrant and mother of 13, [Maria] Leon has a lengthy arrest record and three convictions for drug-related crimes—for which she’s served no prison time, according to court documents. …

“Police said Leon, 44, and her extended family were deeply involved in the drug trade that has made Drew Street among L.A.’s most notorious.” …

“The Leons—and members of several other immigrant families on Drew Street whom authorities have charged with criminal acts—hail from the town of Tlalchapa in the state of Guerrero, which has a reputation as one of Mexico’s most violent regions. Police estimate that dozens of members of these extended families belong to the Avenues gang. …

“’It’s been a safety net for them to rely on each other—brothers, cousins and all,’ said LAPD Lt. Robert Lopez. ‘The likelihood of someone within your family ratting you out is really low.’”

“The city said that ‘I’m not supposed to have gangs out in the yard’ in front of the apartment building, according to one landlord who requested anonymity, fearing reprisal. ‘I’m the one who is supposed to go and chase them out? I don’t think so.’” …

“Over the years, Leon had 13 children with five men, according to court records. Several of her sons are documented gang members, according to police. One of Leon’s sons, Daniel, was killed last month in the shootout on Drew Street after allegedly firing an AK-47 at officers.

“The close family ties on Drew Street, along with the poverty and overcrowding, have made it difficult for police to penetrate, authorities said. Police report having seen lookouts standing atop apartment buildings, watching for cops or rival gang members, ready to whistle or chirp their Nextels in warning.”

Now, Quinones is back with an article, “The End of Gangs” in Pacific Standard, on radical new strategies begun under Bill Bratton that the LAPD has been using to crush gangs, including cleaning up Drew Street.

Traditionally, the LAPD focused on arresting the “kingpins,” the leaders of the gangs. Kill the head and the body will die. This assumed there were a few really bad criminals and a lot of marginal kids who would straighten up and fly right once the malign influence of the kingpin was gone. Instead, removing the leadership just led to wars to become leaders.

So, LAPD started using federal RICO indictments to round up all the foot soldiers in massive military-like operations and then packing them off to federal penitentiaries in places like Arkansas.

FEW PLACES SHOW MORE clearly how CompStat, community policing, RICO indictments, and shifts in the real estate market can come together to alter a terrain than those nasty two blocks in Northeast L.A. around the corner from where Simon Tejada lives. …

As [Officer] Murphy introduced himself around, he kept private the knowledge that the department was preparing a massive RICO indictment against the Drew Street gang. This had come about because an LAPD officer who had patrolled Drew for several years had paid a visit to Chris Brunwin, the federal prosecutor. The two had worked together on the Highland Park gang case. In years past, the idea that an LAPD street officer would even know a federal prosecutor, let alone visit one, was hard to imagine. But the door was now open.

Thus, in June 2008, three months into Bill Murphy’s tenure as a Captain III, thousands of police officers poured onto Drew Street and into nearby areas. SWAT teams from as far away as the East Coast came in to help. Seventy gang members were indicted.

As the SWAT trucks moved out that afternoon, city street cleaners moved in. They covered the graffiti, removed trash, cut down sneakers hanging from telephone wires, and swept streets that hadn’t been swept in a year. They repaired a fountain in the pocket park at the end of Drew Street. Officers began walking foot beats, and kept at it for the rest of the summer.

A grim setback came on August 2, when Drew Street gang members shot to death a deputy sheriff as he prepared for work one morning, but the murder proved the gang’s last gasp. Another RICO indictment quickly followed, with 90 members of the Avenues gang sent off to federal and state prison. Landlords, facing hefty legal penalties for allowing criminal activity on their properties, began evicting gang tenants. Then came the unheard-of: Residents started tipping off officers on which gang members had committed a series of robberies.

By the end of the year, kids were playing in the street. The Northeast Division grew adept at social media, using Twitter to announce crimes that had just happened.

Peace unlocked value. A new neighbor of Simon Tejada’s paid $350,000 for a house last year. Graffiti still occasionally pops up on Drew, but is quickly painted over. The incessant crack trade is gone, as are the menacing kids in hoodies lurking behind cars. Families no longer fall asleep to the sound of gunfire, helicopters, and screeching tires. The area has attracted several Filipino families with young children and no gang affiliations. In conversations I had with them, they seemed only vaguely aware of the street’s notorious history.

The city attorney’s office took possession of the Leon family’s Satellite House in a nuisance abatement lawsuit, and the city brought in massive machinery that devoured it in what amounted to a public exorcism. A community vegetable garden went up on the lot.

DREW STREET, HOBBLED BY overbuilding, remains vulnerable. Dense apartments keep attracting new low-income renters, many of them service workers from Tlalchapa, Guerrero, whose sons, like so many dislocated young men, may be drawn to gang life. Suspicion of the police is still strong. The same tenuous peace holds in many neighborhoods across Southern California.

So, the idea is that instead of going into one small neighborhood and arresting, say, the top eight gang leaders and sending them to local prisons, from which they continue to run things, you arrest 160 gang members and send them off to federal prisons halfway across the country.

It’s straight out of Machiavelli’s The Prince: don’t engage in a pitter-patter of repression against the local power structure that just allows resentments to fester. Instead, assert your authority over an area in one massive coup against the old power structure, and then the locals who are left will come around to your rule.