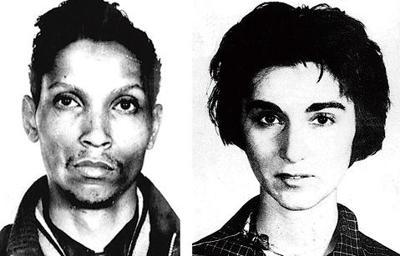 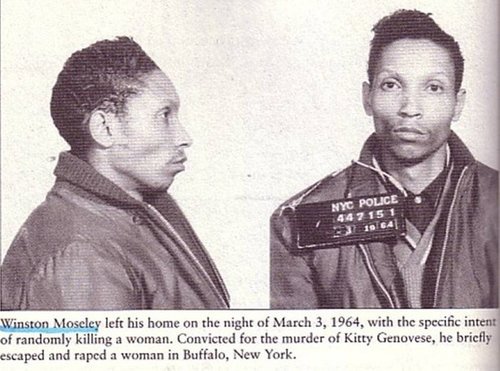 I was walking down Ventura Blvd. a few days ago, when I saw a wiry Latino man laying in the driveway leading to the big parking garage. I went over and told him to get up, somebody was going to to make a quick turn into the driveway and crush his skull like a ripe melon, and that wasn’t fair to the poor driver. He opened his mouth and a big cloud of marijuana smoke came out. He sat up, then laid down again and went back to sleep with his head in the driveway.

So I got out my phone and called 911. I stood there blocking the driveway for about 3 minutes until a fire department ambulance pulled up to deal with him and then I went on my way.

That got me thinking about the Kitty Genovese story.

When I was growing up in the 1960s and 1970s, one of the most famous Moral Lessons of Our Time was the 1964 murder of Kitty Genovese. It came up all the time in editorials, sermons, graduation speeches, and other forms of upbraiding uplift: All Americans were guilty of apathy, of not wanting to get involved.

The one thing the murder of Kitty Genovese didn’t have much to do with in the respectable discourse of the time was crime. Or if it did, it was proof that Society’s Apathy was preventing us from dealing with the Root Causes of Crime, such as poverty.

The official lesson that respectable, law-abiding citizens were to blame for the woman’s murder was driven home by the famous first sentence of the New York Times article about

“For more than half an hour thirty-eight respectable, law-abiding citizens in Queens watched a killer stalk and stab a woman in three separate attacks in Kew Gardens.”

That turns out to have been quite exaggerated, although still true to some extent.

There really often is a “bystander effect” in which individual witnesses assume that somebody else will get around to calling the cops.

For example, I can recall a fireman coming to visit St. Francis de Sales in the late 1960s to talk about Fire Safety. He told us about a lumberyard that a thousand people watched burn to the ground over two hours but nobody called the fire department because everyone assumed somebody else in the big crowd had.

I took that lesson to heart.

But the fireman’s story about the lumberyard was memorable because it was kind of funny, while the Kitty Genovese parable was usually presented in a morally bullying Sixties fashion about What’s Wrong With Society. That’s why Kitty Genovese is in all the Social Psychology textbooks — not to remind you to call 911 if you hear something suspicious, but because it’s part of the narrative of American Society’s Guilt.

But the more I think about the Kitty Genovese story, the more I think it reflects the kind of distractionary tactics we’ve should have become familiar with since then. The story was pushed hard by NYT editor A.M. Rosenthal, who was kind of a genius and kind of not quite right in the head. (Nicholas Lemann’s article in The New Yorker about Rosenthal’s role in framing the story describes his writing as “wildly emotional,” which I noticed back in the day.)

There really were big, frightening changes going on in American society in 1964, and the Kitty Genovese case was reflective of them, but they weren’t ones that we were supposed to talk about. So we all ended up talking about Apathy.

Looking back, Kitty Genovese’s murder seems reflective of two big 1960s changes, just not the ones we were supposed to notice:

First, I had never heard until very recently that the murderer, Winston Moseley, was black. A historic black crime wave was washing over New York City in 1964, but the race of the confessed killer wasn’t mentioned in the famous NYT article. In fact, I don’t recall the killer’s race ever being mentioned in the 1960s/1970s. As a child, I just assumed he looked like all the muggers in cartoons then. I can see now that mentioning that the killer was black would have been distracting from the political lessons White America was supposed to be draw at the climax of the Civil Rights era.

As feminist Susan Brownmiller pointed out in the 1970s, sex crimes tended to have political connotations. The big increase in black-on-white sex crimes in New York City, Brownmiller suggested, wasn’t unrelated to black liberation. But that’s complicated and distasteful, so let talk about Apathy.

As D. K. points out in the comments, the New York Times article and Rosenthal’s subsequent book didn’t mention that the murder started out as an attempted rape. I would guess that there were multiple reasons for this, but likely there’s nothing more sensitive for liberals than black men raping white women, since it seems to be a side effect of black liberation (e.g., Reconstruction, the 1960s, and South Africa in the Mandela Era).

Second, Moseley was a serial killer, a sex maniac who confessed to murdering two other women. He wasn’t just some complete loser: he had a white collar job, a wife, two kids, a mortgage, and a 3 digit IQ. He was just evil. The jury gave him the death penalty, but an appeals court let him off with life, at which point he escaped from prison and kidnapped and raped another woman before being recaptured.

But, as Bill James’ recent book, Popular Crime, noted, the concept of “serial killer” didn’t really exist yet, so there wasn’t a conceptual nook for Moseley yet. Moreover, although there had been what we’d think of as serial killers in the past, they appear, if James can be trusted on this subject, to have grown enormously in numbers in the 1960s and the 1970s, the objective correlative of the madness of the times.

Now that I think about it, I’m struck that I never noticed Moseley’s story before because it’s so familiar. He sounds like he was made up by irate Silent Majority callers to talk radio complaining about liberal judges. Of course, the callers probably were referring to Moseley. His further adventures were covered in the newspapers, but Moseley didn’t become part of The Narrative of the era. The Narrative is controlled in the retelling of the story.