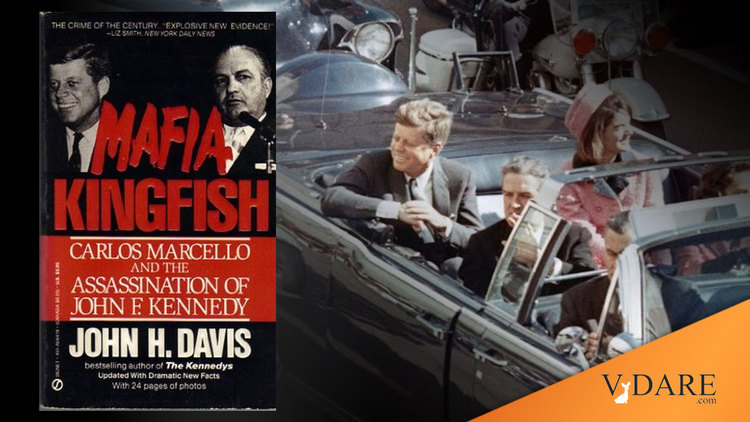 The Kennedy Assassination And The Importance Of Deporting Criminals

Back when I was in college, I got into a discussion with a classmate about the Kennedy assassination.  He believed that there was a conspiracy to kill JFK.  I believed that anyone who thought that was a  conspiracy theorist, but my classmate challenged me by saying that most people who believe that Lee Harvey Oswald acted alone never read anything to tell them differently. 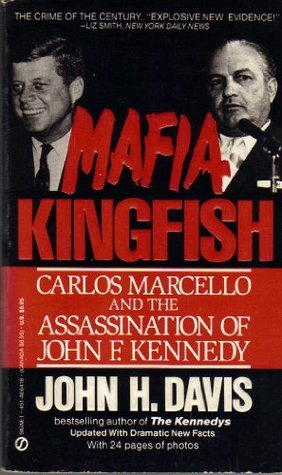 OK, so challenge accepted.  I was always a bit of a bookworm, and I had been fascinated by Robert F. Kennedy‘s crusade against the Mafia.  One day in a book store, I picked up a book called Mafia Kingfish:  Carlos Marcello And The Assassination Of John F. Kennedy.  I was looking for a fun, interesting read.  The book turned me into a lifelong believer that the mob played a role in bumping off John F. Kennedy.  What was interesting about New Orleans mob boss Carlos Marcello was that he was born in Tunisia to Sicilian parents.  His parents then immigrated to the United States.  Whether his parents came to the United States legally or not is unclear.  When JFK was elected, his brother, the Attorney General, went after the Mafia.

It later emerged that Carlos Marcello won his court case through a bribed juror or two.  The New Orleans mob controlled the smaller Dallas Mafia branch.  Jack Rubenstein, aka Jack Ruby, a night club owner originally from Chicago, finished off Lee Harvey Oswald before Oswald had any chance to give his side of the story.

I remember watching a video where the Kennedy children (now adults) were asked what they believed about the assassination of JFK during a panel discussion.  One of the Kennedy children said that RFK had obtained the phone records of Jack Ruby from the day before he assassinated Lee Harvey Oswald and that the records looked like a ”who‘s who” of who was in the Mafia.  (As I recall, Jack Ruby had a sister in Dallas and he made the phone calls from there.)

If true, then the assassination of a sitting president was (at least in part) the work of an illegal alien who snuck back into the country after previously being deported.  It also shows that our immigration laws have been a joke for quite some time.

From Wikipedia‘s entry on Carlos Marcello:

In its 1978 investigation of the assassination of John F. Kennedy, the House Select Committee on Assassinations said that it recognized Jack Ruby‘s murder of Lee Harvey Oswald as a primary reason to suspect organized crime as possibly having involvement in the assassination.[19] In its investigation, the HSCA noted the presence of ‘credible associations relating both Lee Harvey Oswald and Jack Ruby to figures having a relationship, albeit tenuous, with Marcello‘s crime family or organization‘.[19] Their report stated: ”The committee found that Marcello had the motive, means and opportunity to have President John F. Kennedy assassinated, though it was unable to establish direct evidence of Marcello‘s complicity.”

Imagine how different history might have been if this criminal alien had actually been deported.