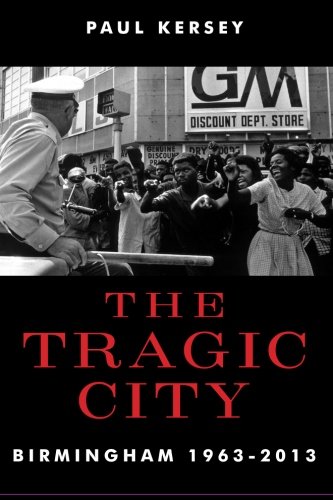 Why take just a macro-look at The Great Replacement in the United States of America, when you can easily take a micro-look? Let’s head down south to Sweet Home Alabama and take a look at Birmingham. Here’s the racial breakdown of white population in Birmingham from 1910 – 2020:

Here’s more, a look at what happens when demographic replacement of whites institutes black political control of a city:

Massive steel plants sprang up after the Civil War, and Birmingham grew rapidly in the first half of the 1900s. In the 1960s, however, it became a key battleground in the Civil Rights movement, with Martin Luther King leading desegregation efforts. Civil rights campaigners got what they wanted: Birmingham desegregated. Today, it’s a majority-black city with poverty, bad schools, and high crime.

Although we usually associate industry with the North, Birmingham used to be the largest iron- and steel-producing area in the country. Many workers in the furnaces were black, but the city was segregated: Blacks and whites lived in different neighborhoods.

King and other civil rights organizers launched a campaign against segregation in 1963 that was a huge public-relations success. “But for Birmingham,” said President John Kennedy at a White House meeting to plan what became Civil Rights Act of 1964, “we wouldn’t be here.” Today, American schoolchildren learn about Birmingham, Eugene “Bull” Connor, and the Southern Christian Leadership Conference’s campaign in 1963. They don’t learn what happened afterwards.

Between 1960 and 2000, the city’s population dropped by 38 percent; the decline has just started to level off. In 1971, a federal judge ordered integration for Jefferson county’s schools. Many whites seceded from the county and established their own school districts. They are now some of the best in the country. In contrast, just one in five students in Birmingham City Schools are proficient in reading or math. Most qualify for free or cut-price lunches. Fewer than 2 percent are white.

The city has almost collapsed. The famous Birmingham Sloss Furnace, which had been making steel since 1882, closed in 1970 and is now a historic landmark. In 2011, Jefferson County declared bankruptcy. The poverty rate is more than 27 percent, greater than the state’s already high poverty rate of 17 percent. The city government, now dominated by blacks, is notoriously corrupt. A recent report said Birmingham is the third most dangerous city in the country. Another report said it was the second most dangerous. The mostly white Birmingham suburbs are some of the safest in the country.

Every Birmingham mayor since 1979 has been black — but they still promise improvement. In 2017, then-mayor William Bell said that Birmingham would “break” poverty like it did segregation.” Yet Mayor Bell’s talk of a “true renaissance for the first time in a generation” would have required gentrification, which many blacks don’t want. At a rowdy public meeting in March 2016, residents called Mayor Bell a “puppet” of whites and — astonishingly — claimed that “white supremacists run Birmingham.” [The Great Replacement: Birmingham, Greg Hood and Paul Kersey, March 29, 2020]

The Great Replacement is no myth. It’s happened in Birmingham, where the white population dropped from 61% in 1910 to 23% white today.

Odds are, it’s coming to a city near you.

The Great Replacement In America
<< Previous
Next >>
LATEST