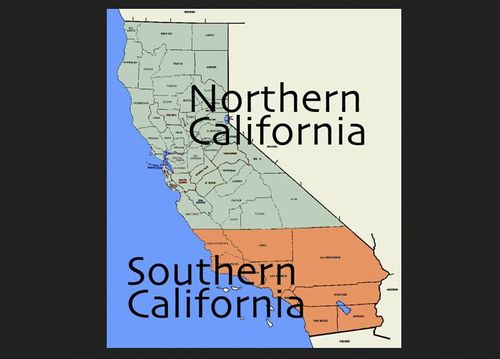 For most of the 20th century, Los Angeles was one of America’s top economic success stories. From 1910 to 1970, as greater L.A. multiplied its population 21 times, it fostered high-quality growth, zooming up the ranks of income per inhabitant to become America’s fourth-ranked metropolitan area. It was at the center of the core technology industries of the moment: movies and aerospace.

Its regional rival was its northern neighbor, San Francisco, where trucking and transportation, communications equipment and corporate and banking headquarters put Bay Area residents even higher on the income scale: No. 1 in 1970.

For decades, though, the differences between No. 1 and No. 4 were minor. California’s two big-city regions were a pair of economic miracles.

Today, the five-county Los Angeles region is ranked 25th on the income scale, while the 10-county Bay Area region remains No. 1. Per capita, workers in the Bay Area make 30% more than those in greater Los Angeles. That’s almost as great a difference as divides high-income and middle-income countries.

To succeed in the new economy … Southern California has to face its mistakes over the last 30 years. - In Los Angeles, the average household income is about $40,000. In the Bay Area, it’s $62,000. Both regions have fabulously wealthy people and neighborhoods, and areas and populations of severe poverty. Even after taking into account higher housing costs, those at the bottom of the ladder in San Francisco are, on average, better off, and higher incomes there also mean greater public spending on schools, transportation and healthcare, without higher taxes.

What happened to Southern California?

Put simply, Los Angeles’ business class, its movers and shakers, were too conservative, too backward looking in their goals and their style to recognize and nurture what would become the new economy. To the world at large, Southern California seems like the least stodgy of metropolitan areas. But when it came to what counts now — a highly interconnected “ecosystem” of entrepreneurs and investors, technologists and innovators — Los Angeles stumbled.

There are plenty of examples of lost opportunities.

In 1960s and early ’70s, L.A.’s high-tech companies made more sophisticated semiconductors than firms in the Bay Area did. Computer Science Corp. in L.A. was the largest software company on the New York Stock Exchange, and the first to be listed. Los Angeles had its share of computer geniuses as well: The first Internet message was sent from Leonard Kleinrock’s computer at UCLA in 1969; Kleinrock invented the digital packet switch, one of the keys to the Internet.

But L.A.’s information technology companies — TRW, Rockwell and Lockheed Martin — were content to focus on lucrative but ultimately limited government contracts. Up north, Fairchild, Xerox, Hewlett-Packard and Schockley Semiconductors, which also worked as government contractors, saw the future and branched out into the consumer market.

Ultimately, Steve Jobs and Apple would come to symbolize just how revolutionary that shift would be.

Actually, my vague impression is that the corporate culture of both Silicon Valley and Los Angeles were somewhat underachieving at building high profit empires in the past. While Silicon Valley had some profit-obsessed companies such as Intel and Oracle, Apple, for all its fame over the last 35 years, was notoriously a boutique-scale cashflow generator for its first 25 years or so from its founding in 1977.

It was considered uncool in Silicon Valley to get Bill Gates rich or Michael Dell rich (Larry Ellison of Oracle, who is obviously one of the great businessmen in American history, was never that cool) — until Silicon Valley guys started to get that rich, at which point it became very cool.

Southern California firms seemed to be especially weak at sticking to their knitting and getting super rich. Back in the 1980s the Chicago market research firm where I worked bought a fast-growing Manhattan Beach software firm. Then the founders quickly stopped coming into the office and appeared to spend most of their time at the beach. That seemed to be pretty common at the time.

Personally, I always preferred the greater openness of Southern California society. But that kind of freedom comes at the expense of quality of life when it’s abused by millions of foreign lawbreakers.

To use David Hackett Fischer’s system for categorizing the four kinds of British immigrants, Northern Californian was largely founded by New Englanders of Puritan descent. Southern California was largely populated by Middle Westerners, whose social roots typically stretch back to colonial Pennsylvania and to the South. By the 1950s, it was the paradise of the common man.

In contrast, Southern California was much more conservative, as the popularity of Richard Nixon and Ronald Reagan testify. But in the 1990s, much of the GOP base began to be driven into the Great Basin by illegal immigration-driven population growth. Southern California’s Republican remnant, in its gated communities, is coming around to the Northern liberal point of view.

Southern California, in contrast, was not heavily unionized or environmentalized. It encouraged developers to put up huge tracts of homes.

Conservatives have had a hard time grasping that homeowners often use environmental laws to thwart new developments and enhance the value of their own property. Conservatives like to think of themselves as preserving property rights from meddling environmentalists. But the fact is that property owners themselves are often among those most intent on meddling.