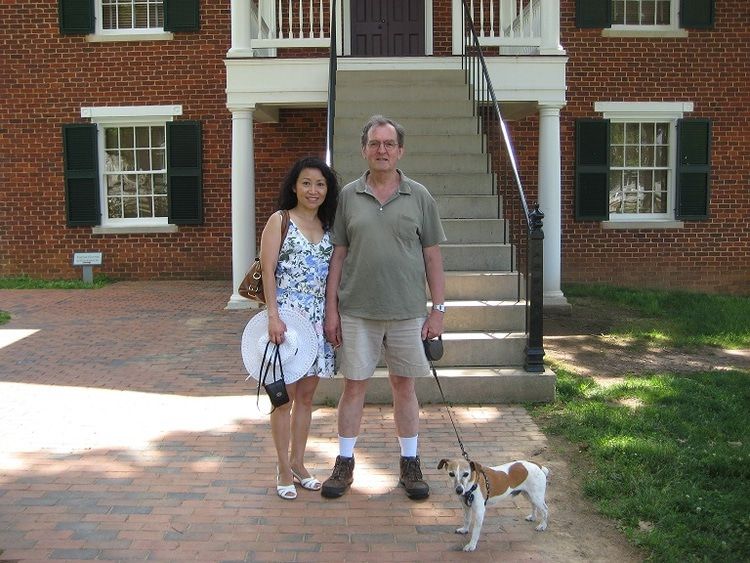 It was an empty-nester family trip, i.e. Dad, Mom, and Toby, the Hound of the Derbyshires.  Setting up the motel bookings, I was pleasantly surprised at how many places now accept pets, usually with a nominal $10 or $20 surcharge.  For reasons I don't understand, the only exception was Richmond, Va., where it's hard to find a surcharge less than $50.

I've had emails from kind and generous readers in Virginia saying that if they'd known we were headed down there, we'd have been welcome to stay with them.  This we appreciate very much.  The warmth and hospitality of Americans is still, after 35 years in the U.S.A., striking and delightful to these Old Worlders.  However, if you have any kind of public profile, it's not wise to advertise your absences from home in advance.  You never know who's listening.  Heartfelt thanks to all who made the offer, though.

Other readers are curious to know where we went.  Well, bear in mind that:

That all said, the battlefield itinerary was:

Finishing up of course at

Altogether a very successful, enjoyable, instructive, and often moving experience, which I recommend to anyone interested in history.

Thanks to the National Park Service employees (and in one case, the Virginia State equivalent) who were uniformly courteous, helpful, patient, and well-informed.  I'm not a fan of the federal government in a general way, but seeing the Park Service people at work almost reconciles me to paying my income tax.  Almost.

And a shout-out to the Radio Derb fan from Michigan who spotted me at the Burnside Bridge over Antietam Creek.  "Hey, aren't you John Derbyshire?  I love the podcast!"  Thank you, Sir.  I love Radio Derb fans right back; and I love even more how impressed Mrs D. is when this happens.