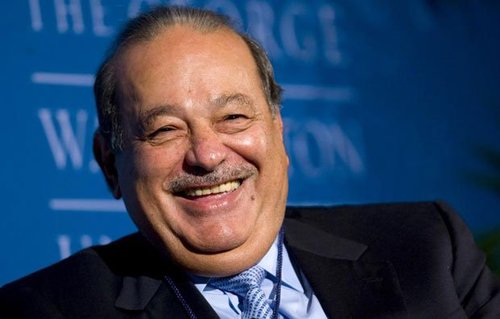 The Flight from White: Administration to Entitle Arabs to Affirmative Action Benefits

We’re constantly being lectured about White Privilege, but the long term trend in the United States over the last half century is for groups on the margins of whiteness, such as Hispanics, South Asians, and, now, Arabs, to demand that the government grant them the status and associated privileges of being officially Nonwhite in modern America.

ALBUQUERQUE, N.M. (AP) — The Census Bureau is considering changes to its race and ethnicity questions that would reclassify some minorities who were considered “white” in the past, a move that may speed up the date when America’s white population falls below 50 percent.

Census Director John Thompson told The Associated Press this week that the bureau is testing a number of new questions and may combine its race and ethnicity questions into one category for the 2020 census. That would allow respondents to choose multiple races.

Congress shouldn’t defer to the Obama Administration in letting them treat these questions as if they were non-political technocratic issues for the Census Bureau to resolve. These are very political decisions.

The possible changes include allowing Latinos to give more details about their ethnic backgrounds and creating a new, distinct category for people of Middle Eastern and North African descent. …

Putting Carlos Slim on your Board of Directors will garner you double the diversity Pokemon points!

Redefining Arabs as nonwhites will allow the government to give out far more affirmative action benefits to Arabs. The EEOC can’t sue you for disparate impact against Arabs if it doesn’t have a count of Arabs. But now it will. The Obama Administration can bring in Arabs refugees, who will then be counted toward quotas.

Much of this push to make Arabs nonwhite comes from Arab businessmen who want Minority Business Development funds and Small Business Administration low cost loans like Indian businessmen have been getting ever since they got themselves declared nonwhite over 30 years ago.

In the past, “white” was the only racial option available to Arab-American respondents, a classification that didn’t truly reflect their social standing and hurt efforts for their political empowerment in post-Sept. 11 America, said Samer Khalaf, president of the American-Arab Anti-Discrimination Committee.

“If you are going to classify me as white, then treat (me) as white,” Khalaf said. “Especially when I go to the airport. So yeah, it’s inaccurate.”

For years, many U.S. Latinos also checked the “white” box because options were limited, said Lorenzo Cano, associate director of the Center of Mexican American Studies at the University of Houston.

But the feds just treated them as a separate race, except for crime offender statistics.

But many Latinos are now opting to check “American Indian” to identify with their links to indigenous populations in Latin America.

I doubt it. But maybe it’s true. The issue is that the Census has no categories for non-American Indians like Mayas, or for what Mexicans call “mestizos.”

Overall, “these changes could reduce the number of people who identify as white,” Cano said.

It’s obviously nuts for Republicans, as the de facto White Party, to agree to shrink the number of de jure whites, but Republicans never seem to get this. When you make people eligible for minority business development funds and the like for declaring themselves nonwhite, you automatically make them more sympathetic to the Democrats, who are obviously more committed to defending affirmative action for nonwhites.

The Reagan Administration went along with shifting South Asians from the Caucasian to Oriental category back in the early 1980s. It seemed like a good idea at the time because Indian immigrant entrepreneurs were demanding it and they seem like Natural Republicans. But Indians appear to now be vociferously Democratic despite their high incomes for various rationalizations.

It would be really stupid for Republicans to allow Syrians, Lebanese, and even Armenians to become a Protected Minority and thus Natural Democrats. But Republicans don’t like thinking about the details of identity politics, so they get taken to the cleaners repeatedly.

The Census Bureau has estimated that the country’s population will have more minorities than whites for the first time around 2043 or 2044, a result of higher birth rates among Hispanics and a stagnating or declining birth rate among blacks, whites and Asians.

Immigration is, of course, irrelevant. Why are you wondering about the influence of immigration?

How far will this Flight from White process go? Who will jump ship in the future?

You can already see Quentin Tarantino arguing that Italians aren’t really all that white.

My guess would be that the Poles will be the last to opt out of Whiteness, out of a general lack of opportunism. But by 2050 even Poles will probably be petitioning the feds to declare them Mongolic Eurasians or whatever will sound cool by then.