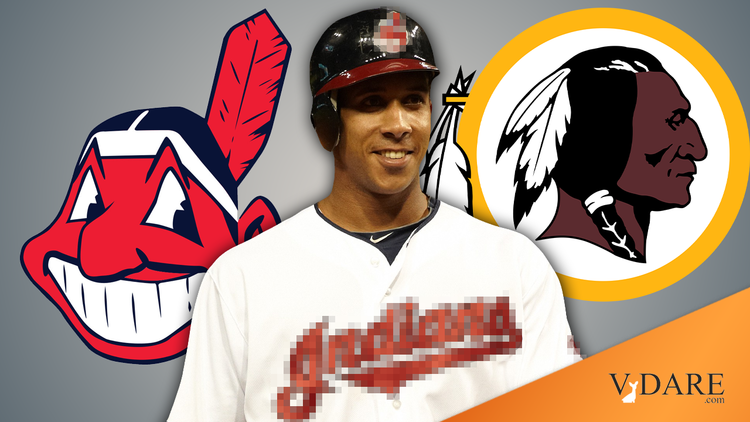 The Erasure of American Indians

The decision comes amid a wider push for sports teams to stop using Native American names and imagery as team names and mascots.

Native Americans continue to be culturally marginalized in a 21st Century America that has grown bored with them. America used to celebrate its proud Indian heritage, but now we appear to be embarrassed by them. Hence, sports teams that were named in honor of their masculine ferocity are having their names memoryholed.

Part of what is going on is of course the rewriting of the American past in line with today’s anti-white racist mythology. It is assumed that any white reference to Indians in the past must have been demeaning, when in reality whites, once they were free of the danger of being scalped by Indian raiders, quickly began to mythologize Indians as a worthy foe.

Another aspect is that white admiration for Indians, who fought the white man for 250 years and refused to be enslaved, makes the long submission of the black man look bad.

And I wonder if the push to remove memories of America’s rich Indian legacy is being done in part in deference to the rising and already vastly more influential New Indians?