The ECONOMIST Joins The War On Christmas In America, While Denying It Exists. 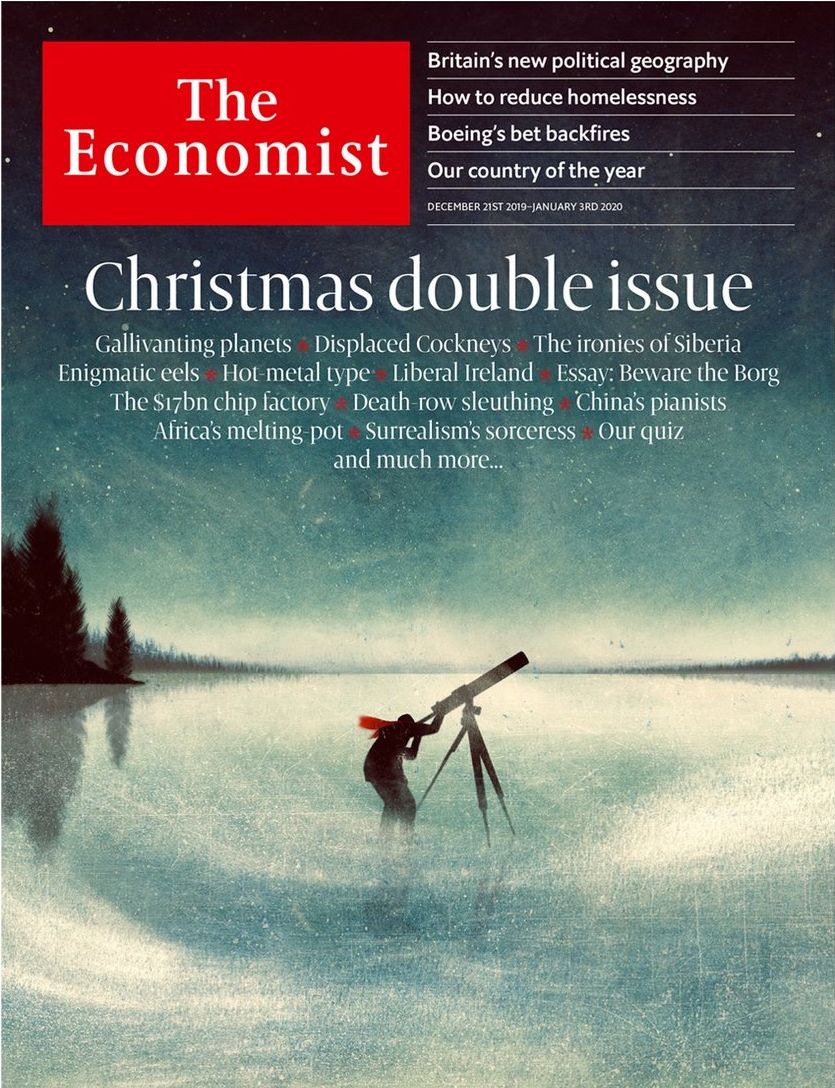 Last year, I pointed out that part of the  British "Boxing Day" phenomenon (which as Mark Steyn keeps reminding us, can keep British media organizations moving very slowly until mid-January) is the Economist's traditional "Christmas Double Issue", designed to get the  staff of a weekly magazine a week off during the drinking season.

Peter Brimelow, who never gets any time off, is a subscriber to the tree-based Economist, and he, living in America, gets not a Christmas Issue, but a holiday issue. 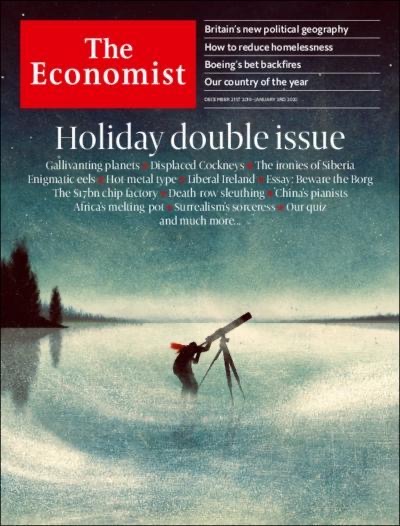 In 2018, I pointed to the Economist mocking and denying the War on Christmas (and bashing Trump) in 2017: Despite Donald Trump’s best efforts, Americans are relaxed about generic holiday greetings, by Erasmus, December 20th 2017. 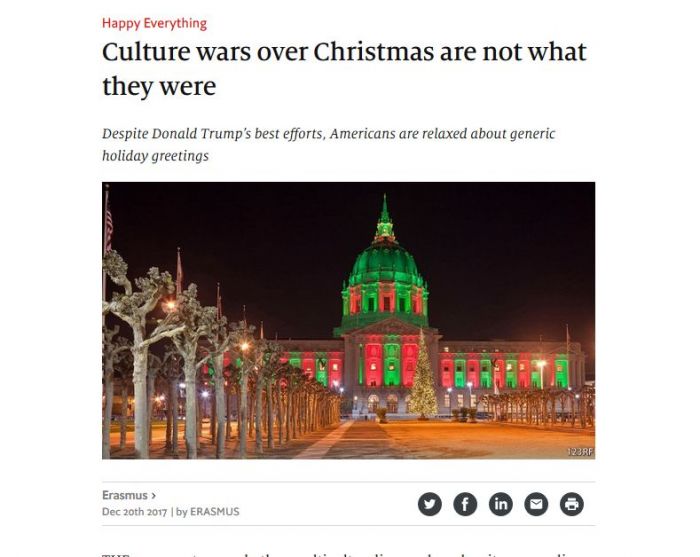 War On ChristmasECONOMIST-Watch
<< Previous
Next >>
LATEST