The DAILY BEAST And The Stoop Laboring Genius

The Daily Beast's  story (mentioned by Derb below) bashing Jason Richwine for saying Hispanic immigrants have low IQ is illustrated with this picture: 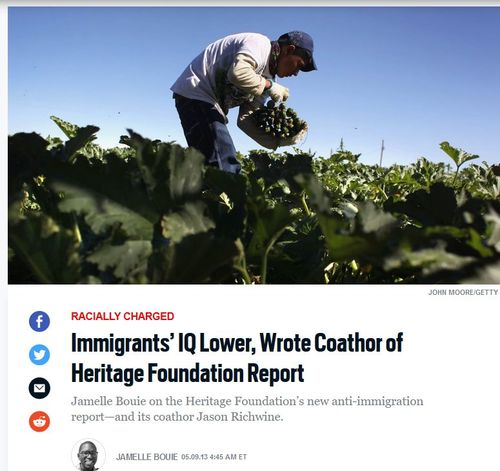 Even if Mexico had the same average IQ as the United States (Lynn and Vanhanen say it doesn't) does anyone think that guy would be one of its bright particular stars? Remember, this is a guy who couldn't get a job that good in Mexico.

And Mexico, corrupt and racially stratified as it is, is still something of a meritocracy. If you go to school, and can pass tests, you can advance to the point where you can get a good job in Mexico.

What the United States is getting is Mexico's rejects.