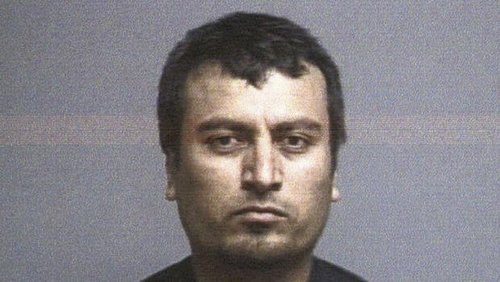 Immigration is a vast and complicated subject, and it's easy to get confused, jumble chronologies and conflate categories.

For example, VDARE.com's "Anonymous Cleveland Reader" wrote that a murder and other carnage by illegal alien Juan Razo  in Cleveland "is a repeat of the Kate Steinle case in all of its essentials. Local police briefly detain an illegal alien. Border Patrol tells them to release him. Several weeks later he murders an American woman he first tried to rape, attempts to rape a teenage girl and then shoots another woman in the arm at a park."

Actually, it's a little different from the Steinle case, except of course in the general sense that it involves carnage inflicted by an illegal alien allowed to remain in this country.  In the Steinle case, the criminally feckless local authorities refused to honor a request that they remand the illegal alien to the feds, for removal (aka "deportation").  Instead, the SanFran nitwits spurned the feds and released the alien, who went on to murder Ms. Steinle.

But in the Cleveland case, it was the feckless Federal authorities who turned down an invitation from Lake County sheriff's deputies to take custody of an illegal alien the deputies had encountered.  [Officials: Ohio crime spree suspect was in U.S. illegally, CBSNews, July 29, 2015] Since the deputies weren't charging this murderer-to-be with a crime, he was released, and the carnage he wreaked a couple of weeks later is history.

The Steinle case was a result of San Francisco's policies. The Lake County case was the result of Obama's.