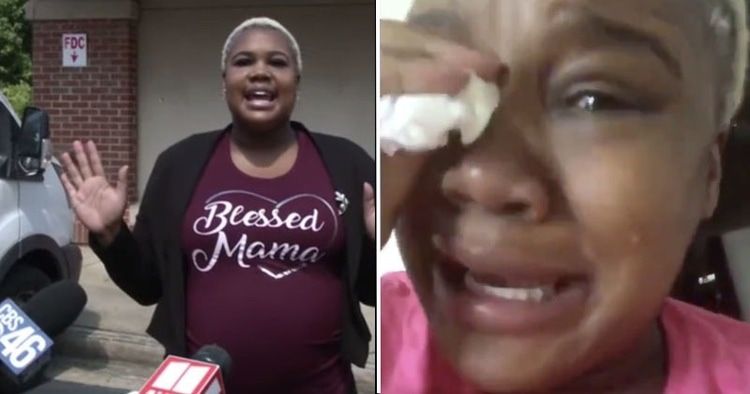 As I’ve long mentioned, the New York Times tends to employ a number of good news reporters who do feel a responsibility to eventually wedge into their stories a few facts that might disrupt The Narrative even when the truth disturbs the delicate feelings of the all-important Subscriber Base. A compromise appears to have evolved in which the opening paragraphs support The Narrative, while the end of the article, long after most people have stopped reading, can get around to revealing what actually happened.

The current NYT format is the opposite of the old one from the days of telegraph-based journalism in which reporters, worried that only part of their story might get through the telegraph lines, started with the most important facts (The Five Ws) and then proceeded to more trivial matters.

Hence, from the New York Times today (with me numbering the paragraphs):

[1] A black member of Georgia’s House of Representatives said she had been the target of verbal harassment and had been told “go back where you came from” at a grocery store near Atlanta on Friday.

[2] In a video posted to her Facebook account, the representative, Erica Thomas, said she was “shocked” that a white man had confronted her for having too many items in the express checkout lane at a Publix grocery store in Mableton, Ga.

[3] She said the man had cursed at her and accused her of being “lazy.” It was unclear if the episode had been captured on surveillance video, but Ms. Thomas said she had not recorded it.

[4] “People are getting really out of control with this, with this white privilege,” Ms. Thomas said in the video, crying. “People need to see the hate that is going on in this country. The hate is real.”

[5] Ms. Thomas had been scared to leave the store because she thought the man was going to follow her or “take out a gun,” she said. “You just never know.”

[6] Ms. Thomas, who is nine months pregnant, said she is unable to stand on her feet for long periods of time. She said her 9-year-old daughter had been with her at the store during the encounter.

[7] The lawmaker, who was elected in 2014, wrote on Twitter that her husband had not been with her at the supermarket because he is on active duty “serving the country I came from USA!”

Finally, after seven paragraphs of Pure Narrative, we start to get to Inconvenient Facts:

[8] On Saturday, station WSB-TV was preparing to interview Ms. Thomas at the store when she saw the man who she said had confronted her. The man, who identified himself as Eric Sparkes, said he was there to speak with managers at Publix.

[8] Mr. Sparkes told the station that the episode had started after he had decided to say something about the number of items in her cart on his way out of the store.

[9] Ms. Thomas said in her Facebook video that she had between 15 and 20 items in her cart in the express lane, which was designated for 10 items or less. Mr. Sparkes said he was buying three items.

[11] Mr. Sparkes, who denied being racist and said he was Cuban, acknowledged that he had called Ms. Thomas “lazy,” but said that had been the “worst” of his comments.

[12] “This woman, Ms. Thomas, is playing the victim for political purposes because she is a state legislator,” he told the station. “I’m a Democrat and will vote Democrat for the rest of my life, so call me whatever you want to believe. For her political purposes, make it black, white, brown, whatever. It’s untrue.”

[13] Ms. Thomas is a Democrat. Records about Mr. Sparkes’s party registration were not immediately available on Sunday.

[14] Asked by the television station if Mr. Sparkes had told her “go back where you came from,” Ms. Thomas said: “I don’t want to say he said, ‘Go back to your country,’ or ‘Go back to where you came from.’ But he was making those types of references is what I remember.” In her Facebook video and on Twitter, however, she recounted that was what he had said.

You might think that in an NYT article dated Sunday, July 21, the day after the story broke nationally, paragraph 14 should have been the lead: the black woman Democratic politician is now walking back her central claim that #ExpressLaneEric told her to “go back where you came from.”

But in the Current Year NYT, the new news gets buried in paragraph 14, so as not to subvert the smug assurance of most subscribers that The Narrative is real.