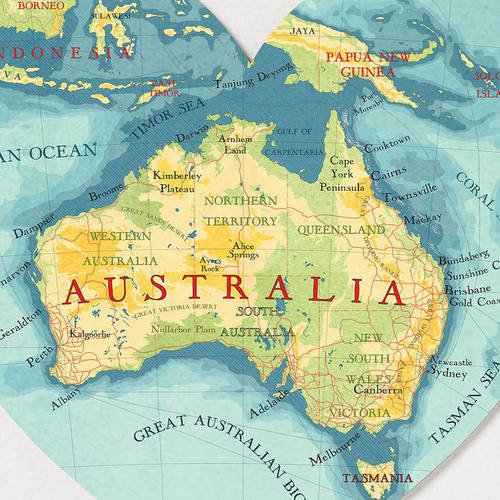 The Campaign to Demographically Overwhelm Australia

A key part of imposing the Camp of the Saints on Europe is to demoralize Europeans with the argument that it’s impossible for European countries to maintain land and sea borders: Whaddaya whaddaya? Dontcha know, the migrant always gets through!

Two obvious counter-examples, however, are Israel and Australia. Israel is tricky to demonize for obvious reasons, especially in America, but demoralizing Australians into giving up their quite effective system that keeps out boat people is straightforward. White Australians are evil and therefore deserve to lose their country.

The chief salient of the offensive at the moment is the vague story of a Somalia boat lady called Abyan (pseudonym) who has gotten pregnant while interned on Nauru. She claims to have been raped, but won’t give any details of the alleged rape to allow her story to be factchecked.

Over the last two weeks, the New York Times has devoted five articles, plus part of a sixth, to this one undocumented story, apparently on the hope that this case will shame white Australians into trashing Australia’s border controls:

keeping her in Australia before the government suddenly flew her to Nauru without providing the abortion she had requested. The case of the 23-year-old woman, known by the pseudonym Abyan, has amplified criticisms

policy of turning back refugee boats and holding asylum seekers in prison camps in poor South Pacific island nations such as Nauru and Papua New Guinea has undermined any goodwill. Pressure is mounting on Prime Minister Malcolm

A pregnant Somali asylum seeker, known as Abyan, has become a focal point in the continuing dispute over Australia’s refugee policies.

tried to reach Australia in a rickety boat that was intercepted at sea two years ago. She ended up in a detention center on Nauru, one of two remote Pacific islands where Australia sends asylum seekers. Her lawyers say she was raped October 23, 2015 – By MICHELLE INNIS – World – Print Headline: “Australia’s Migrant Rules Criticized Over Abyan, a Somali Asylum Seeker”Australia to Fly Somali Refugee From Nauru for Abortion CANBERRA, Australia — A Somali refugee who alleged she was raped in Nauru will be flown to Australia for a second time to potentially have an abortion, Australia’s government said Wednesday, a day after the United Nations’ human

offshore camps has dropped much less. More than 600 people are still being detained on the small Pacific island nation of Nauru, and more than 900 remain in a camp on Manus Island in Papua New Guinea. As public criticism of the

Of course, if a single criminal (?) case should be used to determine the demographic fate of a continent, what about this story of the German sex criminal recently arrested for murdering two migrant boys? From CBS News:

Violence against migrants in Germany spikes

… Last week, a German man was arrested for kidnapping and slaying a 4-year-old and a 6-year-old migrant. The suspect, whose last name wasn’t released in line with German privacy laws, told authorities he had killed the 4-year-old a day after abducting him from the capital’s central registration center for migrants, the Berlin prosecutor said.

By the logic of the story of the pregnant Somali, this should be grounds for changing Dr. Merkel’s policy: instead, Germany must protect defenseless foreign children from decadent Teutons by keeping the Muslim children safe from German pedophiles in their own part of the world. If a claim of rape on distant Nauru is enough to morally discredit Australia’s policy, then migrant boys being abducted from refugee centers in Germany’s capital should more than discredit Dr. Merkel’s policy. Who will think of the children?

But, somehow, I don’t think we’ll see that logic occur to many.