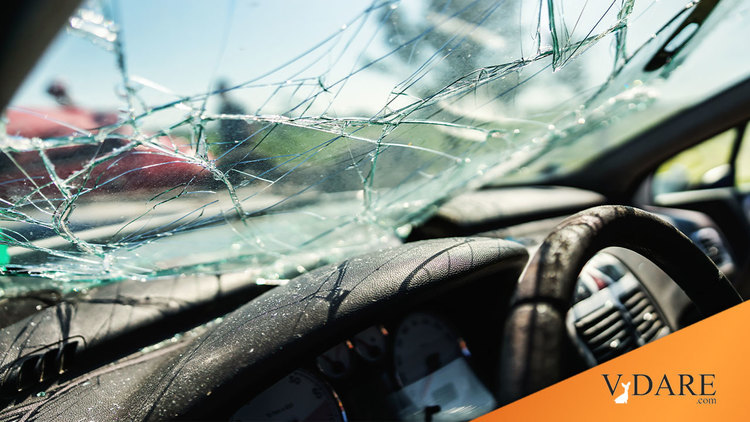 There are many reasons why illegal aliens might get into accidents on the highway :

And finally, they may be doing it on purpose.

Walter Olson's Overlawyered.com has a story about an insurance fraud ring which engaged in many deliberately staged accidents in hopes of getting insurance money. The technique is called "swoop-and-squat"; a driver pulls out in front of you and slams on the brakes. (Those of you tailgaters who refuse to keep a two-second distance from the car in front, take note!)

Personal injury lawyer Bernard Laufer, 52, of Huntington Park was arrested Tuesday morning at his office on suspicion of leading the ring, state Insurance Commissioner John Garamendi said. Although no one was seriously injured in the accidents, one victim was forced to close his business after his truck was totaled, officials said.

"This is extraordinarily important to every citizen who's on the freeways," Garamendi said. "Purposely stopping a car on a freeway can lead to death. These schemes are dangerous, they are reckless and they are deadly." [Lawyer Held in Car Crash Fraud Ring |An attorney is accused of making millions by arranging for victims, many of them illegal immigrants, to file claims in staged wrecks, By Amanda Covarrubias, LA Times, November 24, 2005]