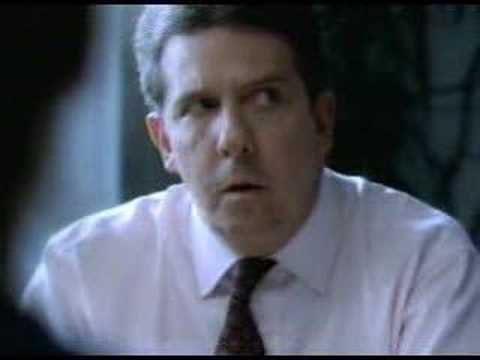 That's WHITE Male Bashing To You

You’ve seen him plenty of times on sitcoms; he’s the dumb, bumbling, idiot dad, husband and boyfriend who appears useless at everything but bringing home a paycheck. The message: Guys are dumb and women have to lead them around. This, of course, cues the laugh track. Yet a survey from an organization called Children Now found that two-thirds of kid respondents described men on TV as angry, while respondents from another group’s survey said men were portrayed as corrupt on TV by a 17 to 1 margin. Clearly, this is no laughing matter.

I checked, and my guess was correct—all clueless males in the ads were white males. (The clip that featured one father as the south end of a northbound horse had him as a chestnut horse with white socks, but he was still clearly a white male.)

That's because it's safe to bash men, who don't have a fit of the vapors when this kind of thing happens, but it wouldn't be safe to make him a member of a minority, although minority or "ethnically ambiguous" models are sought after by advertisers in ads that don't make their subjects look stupid.