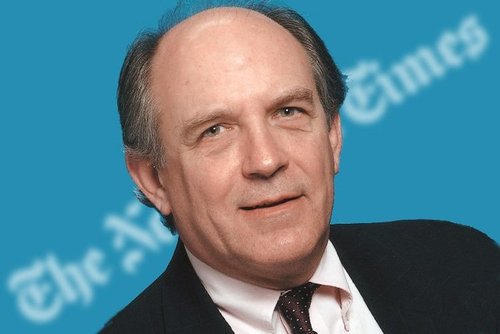 On facebook and twitter Charles Murray has mounted a continual attack campaign against Donald Trump (and also on his presidential aspirations and its supporters—but, surprisingly, against Trump in an acerbically personal way more than anything else).

From Trump's perspective, this is an ant-pissing-on-my-shoe scenario, of course. Another Establishment figure renouncing Trumpian populism is nothing new, nor is it anything that will hurt Trump's candidacy. To the contrary, it'll likely help it.

It is, however, surprising to see someone who has been on the receiving end of a vicious, unrelenting Establishment assault so enthusiastically pick up stones stained with Murray's own blood and throw them at the newest official object of hate.

There is no air of reservation or scholarly thoughtfulness present here, either. It's embarrassingly sophomoric stuff. For instance, today Murray writes: "It could be the 1850s and the Know Nothings. Same fear, same rhetoric, same fascist tendencies. And I don't use 'fascist' loosely."

Yikes. Fascism is a distinctly 20th century European cultural-political movement. To label a distinct movement that occurred several decades previous to the existence of fascism as fascist is anachronistic and thus almost definitionally a very loose application of the term. It's like saying the Jacobins were Marxists. This is something I'd expect from a talk show host, not from the author of Human Accomplishment.

The responses to Murray's posts are about as fun to read as comment sections on NYT articles about the putative epidemic of white-on-black violence in the US are. For example, a particularly perspicacious one:

And one whose author reached for the scabbard under his cloak before posting:

"Nice to see you utilizing the same tactics that marginalized you and sidelined your career. I suddenly feel much less sorry for you."

Yesterday, Murray accused Trump of being a "RINO" and lamented ¡Jabe!'s lame attempt to counter the "Trump toxicity". A SurveyUSA poll (albeit from nearly two months ago, though ¡Jabe! hasn't changed much since then!) with detailed cross-tab information shows that among those who think Trump will be the GOP nominee, 41% are self-described conservatives and 21% are self-described liberals. Among those who think ¡Jabe! will get it, 25% are conservatives and 34% are liberals.

Words mean things. It's sad to see someone of Murray's caliber employing them so with such sloppiness and inaccuracy.

The Trump phenomenon is revealing all kinds of things that are relevant for understanding contemporary America. Worth paying attention to.

I'm loth to criticize Murray, to whom I owe many kindnesses, but I'll say this: he's awfully white, in the worst possible way.

Even worse, in fact, Murray is Midwestern white. He's a nice guy, with that unfailing Midwestern niceness that will be the death of us all if we can't do something about it.