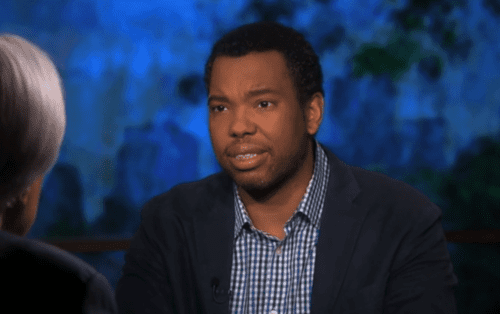 I have been browsing the reviews of Ta-Nehisi Coates' hate-whitey bestseller, Between the World and Me.

My favorite review so far is this one. 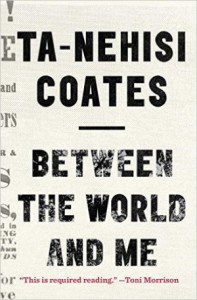 may be a middle-aged college dropout but, with a body like his, the Upper West Side native is clearly no stranger to blogging. And with his quiet earnestness and atavistic features, it's no wonder cuckservatives from across the Acela corridor are eager for a chance to be chastised by him.

Which serves Coates's interests well — because, as his lengthy, grievance-laced screed and robust speaking engagement fees attest, he is both motivated and able to deliver the stiff correction that Bethesda whites hotly crave.

David Brooks correctly remarks on the "pervasive physicality" of Coates's girthy prose, which "slap[s]" the reader with a raw power that leaves us "unforgettably filled" — and in exchange demands nothing more, and nothing less, than silent supplication. When it is all over, Brooks says, our "first obligation is to sit with it, to make sure the testimony is respected and sinks in," or at least dissipates and graces us with its pearly residue.

If Coates's second memoir demonstrates anything, it's the difficulty of articulating coherently our fantasies about our bodies. My wife, having been moved similarly by the novel Fifty Shades of Grey, remarks now on the flutterings of her "inner goddess." Like Mr. Brooks and others who have been penetrated by Coates's words, I might say that my inner catamite has been awakened, lectured hard, and put away wet.

Between the World and Me is a cuckservative delight.