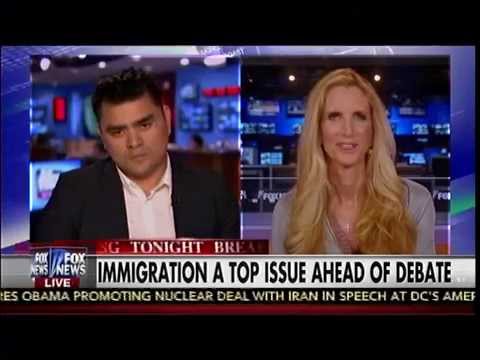 Ann Coulter Asks On FOX: How Many Immigrants Are Enough?

The author of Adios America appeared on Fox News Wednesday and asked rhetorically, “How many immigrants are enough?”

And isn’t that THE question? The aim of leftists is to destroy traditional America by dumping in tens of millions of foreigners who are culturally disposed to prefer big government, making them perfect voters for the Democrat party. A 2012 paper from Pew Research indicates a majority of hispanics continue to want bigger government even after three generations of residing in the United States. 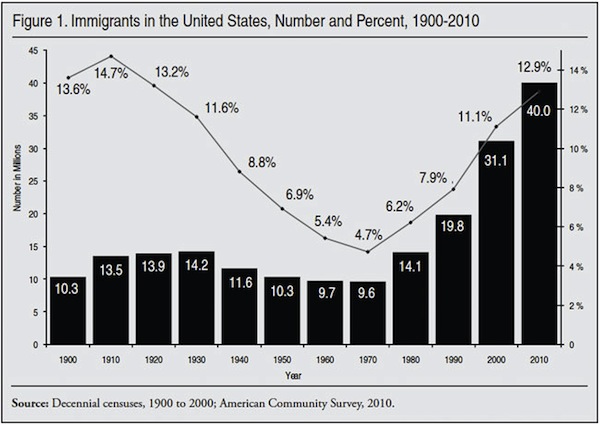 And of course the numbers have kept growing since the 2010 Census, because Washington seems incapable of finding an Off switch.

Coulter was previewing Thursday’s Republican Presidential debate, and got into the numbers with Fox talking-head Megyn Kelly:

COULTER: The question should be, “Does this help America?” and and I’d like to ask them, “How many immigrants are enough?” We already have 42 million immigrants in this country. These guys all talk about how they want to go back to the era of Reagan and they’d be Reagan. Well in the eighties when Reagan was elected, one of every sixteen people residing in America was was foreign born; today it’s one in seven. One in seven. Okay, we have 42 million now — a hundred million, 200 million — how many is enough?

KELLY: The other side says for the 11 to 12 million who are here now it is impractical if not impossible to talk about deporting them.

COULTER: Well, I liked Romney’s answer about enforcing e-verify and they’ll go home the same way they came. I mean everyone made fun of Mitt Romney for saying they’d self deport and oh, it’s so impractical — and there aren’t 12 million there are least thirty million. Okay, say there are 30 million; how are 30 million going to self-deport? Are you going to round them up? We didn’t round them up to get them here. They’re gonna go home the same way they came.

Megyn Kelly’s smirky efforts to belittle Coulter and the issue were tiresome, as if discussing the plot to destroy America via immigration is a big yuck. Kelly continued the segment with self-proclaimed illegal alien activist Jose Vargas, who got much more respectful treatment. He made the ridiculous assertion that America couldn’t get along without all the illegal alien workers, noting “half of the construction workers in the state of Texas are undocumented.”

Actually, construction was a decent-paying occupation until the illegal aliens drove wages down to a pittance. Furthermore, America has enormous unemployment when a record 92 million citizens are not participating in the workforce — another reason not to leave mass immigration on autopilot.

Vargas is a con man promoting himself as the alien is too charming to deport, but he has stolen jobs and a college slot that should have gone to Americans. Yet Megyn Kelly treats the thief with great courtesy and Ann Coulter gets the dismissive chuckle.