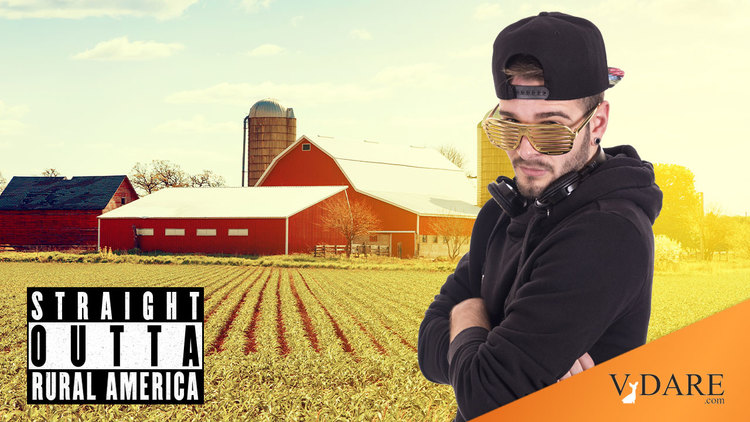 I've written before about the "thuggification" of country music,  so it was nice yesterday to hear the new-to-me (it was released in 2011) Eric Church song Homeboy, which tacks the other way.

I like Church's music, and with "Homeboy", he follows the fine country tradition of warning against the perils of big city life, but with a specifically racial angle.

Anyone who's spent time in rural America has seen this guy:  he's in his 20's, listens to rap, dresses and talks black, gets into drugs, and generally comes off as a total joke.  Often he tools around in his "Fast and Furious"-style car, lowered to the ground and with a buzzing engine.

You just want to tell him, as you do all the other whites who plunge into black culture, "come back to us!"

You were too bad for a little square town,
With your hip-hop hat and your pants on the ground,
Heard you cussed out mama, pushed daddy around
Before you tore off in his car

Here you are running these dirty old streets
Tattoo on your neck, fake gold on your teeth
Got the hood here snowed, but you can't fool me
We both know who you are