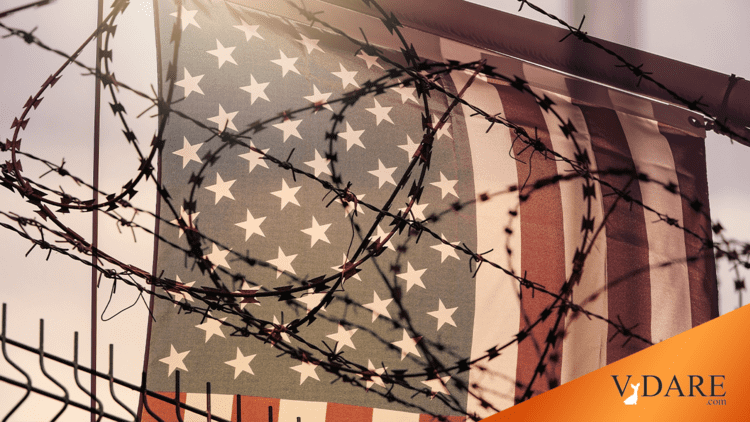 Supreme Court Does Something Right: Rules In Favor Of Common Sense Immigration Enforcement

The case centered on a Sri Lankan illegal immigrant who was apprehended 25 yards north of the Mexican border. The illegal, Vijayakumar Thuraissigiam, said he fled his country after a group of men beat him. He could not say who the men were or why they targeted him, but he felt this was a credible reason to stay in America. Authorities determined that this wasn’t a credible fear of persecution and ordered his expedited removal. This decision was affirmed by an immigration judge.

The ACLU, which sued the government on Thuraissigiam’s behalf, argued “Every person within US territory is entitled to due process” and that their client should stay in the U.S. This ridiculous argument was upheld by the notorious Ninth Circuit Court of Appeals.

If the Supreme Court had upheld the illegal’s claim, it would have undermined current immigration law that requires all illegal aliens caught within 100 miles of the border and within 14 days of their arrival to undergo expedited removal. Only asylum seekers who establish a credible fear of persecution may be exempt from expedited removal. Thuraissigiam was well within 100 miles of the border and did not establish a credible fear principle for staying.

Alito ruled that allowing the Sri Lankan to stay “would place an unacceptable burden on our immigration system” by setting a precedent of letting all asylum seekers stay in the U.S. while their appeals were heard.

The Trump administration wants to expand the expedited removal policy to include all illegal aliens in America who cannot prove they’ve lived in the country for more than two years. That policy is blocked in the court system, but the latest ruling indicates the Supreme Court may uphold it.

After the disappointing DACA decision and the refusal to hear a challenge to sanctuary laws, it’s a positive sign to see an overwhelming majority of the court rule in favor of common sense immigration policy.