WASHINGTON — The Supreme Court on Monday cleared the way for President Trump to prohibit the entry of some people into the United States from countries he deems dangerous, but the justices imposed strict limits on Mr. Trump’s travel ban while the court examines the scope of presidential power over the border. 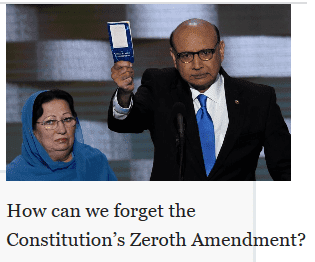 As we all know, the Zeroth Amendment was carved into the living body of the Constitution by Founding Father Emma Lazarus, superseding all lesser liberties granted to individual American citizens in the Bill of Rights, such as the First Amendment. Thus, anybody anywhere gets to immigrate to America anytime they feel like it, and if you don’t like it, you’d better shut your racist trap if you know what’s good for you.

But in precisely which of the Constitution’s penumbras and/or emanations the Zeroth Amendment actually resides is a matter of some uncertainty.