It’s a pleasant surprise to see the New York Times publish a decent story about the crime victims of illegal aliens on Monday’s front page. True, there’s no photo of a murdered American or the bereaved family on page 1, but it does include a fine quote from Jamiel Shaw whose son was killed by an undeported illegal alien gangster. In response to candidate Trump’s characterizing Mexicans immigrants as rapists and criminals, Shaw wanted the media to know, “I would have said they were murderers.” 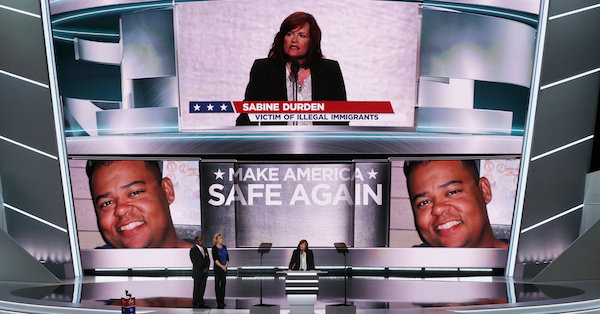 In his convention acceptance speech, candidate Trump stated his concern for the victims of illegal immigration:

Below, Jamiel Shaw, Mary Ann Mendoza and Sabine Durden are shown with their deceased children. 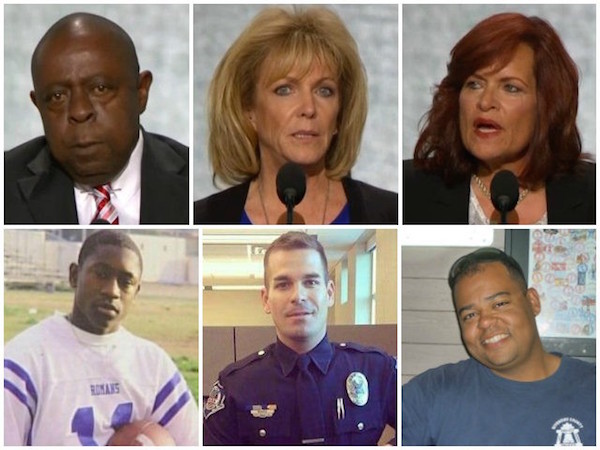 The whole point of having legal immigration is the screening to weed out criminals, psychokillers and enemies of America. Open borders crazies prefer to ignore the deadly blowback of their obsession.

Here’s the front-page snip of the Times article:

The families could reel off all the times they had called the media and written to Washington, but after all that trying, they had never heard anyone who mattered say anything like it: Most Mexican immigrants, Donald J. Trump declared in his first campaign speech, were “rapists” who were “bringing drugs, bringing crime” across the border.

Now he had come to meet them, the families of people killed by undocumented immigrants, and they wanted to tell him he was right.

One son had been struck by a truck, another shot just around the corner from home. Different causes of death, but the driver, the gunman, all the perpetrators were the same, the parents said: people who never should have been in the country in the first place.

Sitting alone with them at the Beverly Wilshire Hotel in July 2015, the candidate distributed hugs as the families wept. When the campaign had called, most of them had been told only that they were going to meet with Mr. Trump. But then the group was ushered into the next room, where the campaign had invited reporters to a news conference.

Mr. Shaw wanted the news media to know that Mr. Trump could have gone further when he called Mexican immigrants rapists and criminals.

“I would have said they were murderers,” he said.

The full online article is here: For Grieving Parents, Trump Is ‘Speaking for the Dead’ on Immigration