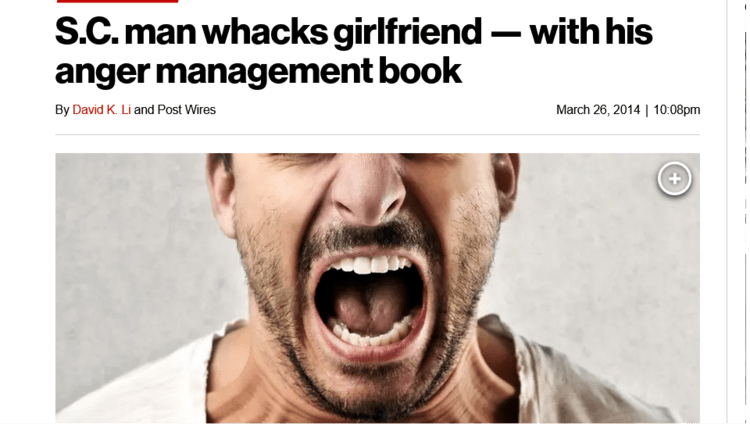 This is the story:

A South Carolina man was arrested for hitting his girlfriend – with his book on anger management, cops say.

Tyler Ford, 23, allegedly rolled up his workbook and smacked gal pal Sheelah Thompson, 22, in the cheek inside their Spartanburg, S.C., apartment on Monday.

Ford and Thompson had been watching a movie when he asked her why she tries to provoke him when she knows he’s in anger management. When Thompson shrugged, that’s when Ford allegedly hit her, authorities said. [More]

This is what the page looks like, illustrated with a stock photo of a shouting white man. 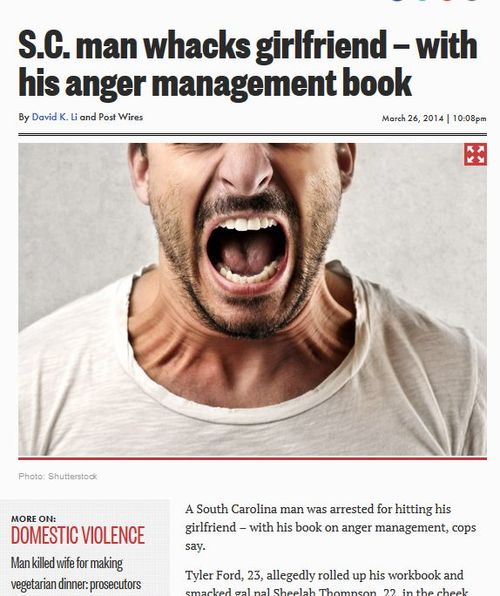 This is what the Daily Mail version of this story looks like, using actual pictures of Tyler, the one taking the anger management course, and Sheelah, the one who was getting on his nerves, and subsequently cut him with a box cutter: Man arrested after ‘beating girlfriend with his anger management book and putting her phone in the oven to stop her calling 911’, By Tara Brady, March 26, 2014. 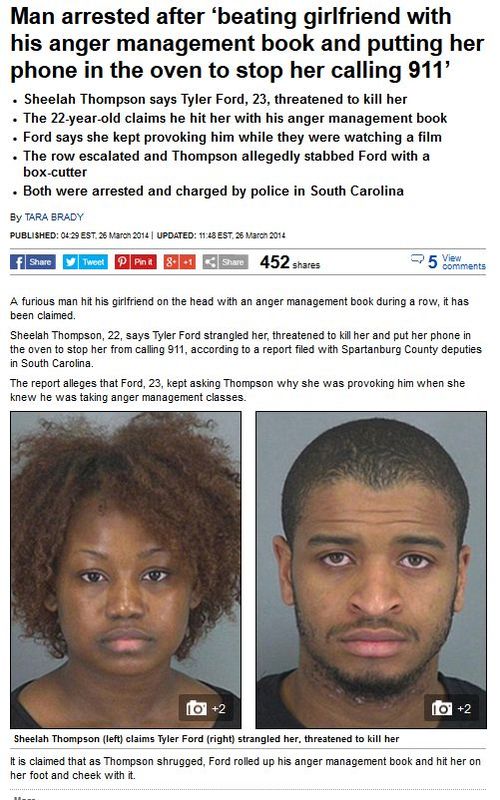 It may be that the man who inserted the stock photo just assumed that the man in question was white. I've mentioned this before, in a post called Cracked.com, “Dumb Crooks”, And Stock Photos: Snarky Websites Don't Know How Racist They Are.

The reason we keep insisting on pointing out the deception in a case like this is that people unconsciously assume that a "New York Man", a "Long Island Couple", or as above a "South Carolina man" is a white American. That's the default. And they assume, again unconsciously, that if they weren't, you would have said something.