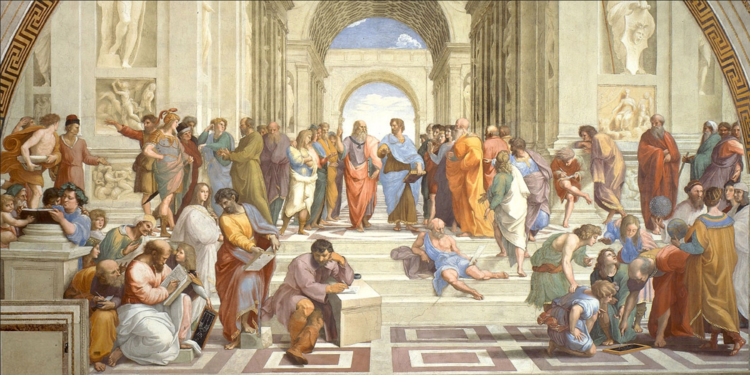 In  Warning: The Literary Canon Could Make Students Squirm, Jennifer Medina of the New York Times (May 17, 2014) explains how pressure is growing for the use of "trigger warnings" at American universities.

Should students about to read “The Great Gatsby” be forewarned about “a variety of scenes that reference gory, abusive and misogynistic violence,” as one Rutgers student  proposed? Would any book that addresses racism — like “The Adventures of Huckleberry Finn” or “Things Fall Apart” — have to be preceded by a note of caution? Do sexual images from Greek mythology need to come with a viewer-beware label?

Colleges across the country this spring have been wrestling with student requests for what are known as “trigger warnings,” explicit alerts that the material they are about to read or see in a classroom might upset them or, as some students assert, cause symptoms of post-traumatic stress disorder in victims of rape or in war veterans.

So where did "trigger warnings" come from and who is promoting them?

The warnings, which have their ideological roots in feminist thought, have gained the most traction at the University of California, Santa Barbara, where the student government formally called for them.  But there have been similar requests from students at Oberlin College,Rutgers University,the University of Michigan,George Washington University and other schools.

So what kind of students are requesting "trigger warnings"?   Regular students trying to get an education, or activists with an axe to grind?

Everybody in the academic world isn't in agreement with "trigger warnings";

The debate has left many academics fuming, saying that professors should be trusted to use common sense and that being provocative is part of their mandate. Trigger warnings, they say, suggest a certain fragility of mind that higher learning is meant to challenge, not embrace. The warnings have been widely debated in intellectual circles and largely criticized in opinion magazines, newspaper editorials and academic email lists.  “Any kind of blanket trigger policy is inimical to academic freedom,” said Lisa Hajjar, a sociology professor at the university here, who often uses graphic depictions of torture in her courses about war. “Any student can request some sort of individual accommodation, but to say we need some kind of one-size-fits-all approach is totally wrong. The presumption there is that students should not be forced to deal with something that makes them uncomfortable is absurd or even dangerous.”

At Santa Barbara, a student who "had been a victim of sexual abuse"  was in a class in which "a graphic film depicting rape" was shown, and "although she had not felt threatened by the film" she told the professor that students should've been warned before the viewing.   There may be something to that, but it ought to be dealt with at a classroom level, and, as even the complaining student recognized,   it's  really not the same issue as  "trigger warnings" which are directed toward literary works being studied.

The most vociferous criticism has focused on trigger warnings for materials that have an established place on syllabuses across the country. Among the suggestions for books that would benefit from trigger warnings are Shakespeare’s “The Merchant of Venice” (contains anti-Semitism) and Virginia Woolf’s “Mrs. Dalloway” (addresses suicide).

Greg Lukianoff of FIRE (the Foundation for Individual Rights in Education) is quoted in the article:

“Frankly it seems this is sort of an inevitable movement toward people increasingly expecting physical comfort and intellectual comfort in their lives,” said Greg Lukianoff, president of the Foundation for Individual Rights in Education, a nonprofit group that advocates free speech. “It is only going to get harder to teach people that there is a real important and serious value to being offended. Part of that is talking about deadly serious and uncomfortable subjects.”

The term “trigger warning” has its genesis on the Internet. Feminist blogs and forums have used the term for more than a decade to signal that readers, particularly victims of sexual abuse, might want to avoid certain articles or pictures online.

Here's what happened at UC Santa Barbara a couple of months ago:

Here at the University of California, Santa Barbara, in March there was a confrontation when a group of anti-abortion protesters held up graphic pictures of aborted fetuses and a pregnant professor of feminist studies tried to destroy the posters, saying they triggered a sense of fear in her. After she was arrested on vandalism, battery and robbery charges,  more than 1,000 students signed a petition of support for her, saying the university should impose greater restrictions on potentially trigger-inducing content. (So far, the faculty senate has promised to address the concerns raised by the petition and the student government but has not made any policy changes.)

Here's what happened at Oberlin:

At Oberlin College in Ohio, a draft guide was circulated that would have asked professors to put trigger warnings in their syllabuses. The guide said they should flag anything that might “disrupt a student’s learning” and “cause trauma,” including anything that would suggest the inferiority of anyone who is transgender (a form of discrimination known as cissexism) or who uses a wheelchair (or ableism).

“Be aware of racism, classism, sexism, heterosexism, cissexism, ableism, and other issues of privilege and oppression,” the guide said. “Realize that all forms of violence are traumatic, and that your students have lives before and outside your classroom, experiences you may not expect or understand.” For example, it said, while “Things Fall Apart” by Chinua Achebe — a novel set in colonial-era Nigeria — is a “triumph of literature that everyone in the world should read,” it could “trigger readers who have experienced racism, colonialism, religious persecution, violence, suicide and more.”

After several professors complained,  the draft was removed from a campus website, pending a more thorough review by a faculty-and-student task force. Professors and campus administrators are expected to meet with students next fall to come up with a more comprehensive guide.

Meredith Raimondo, Oberlin’s associate dean of the College of Arts and Sciences, said the guide was meant to provide suggestions, not to dictate to professors. An associate professor of comparative American studies and a co-chairwoman of the task force, Ms. Raimondo said providing students with warnings would simply be “responsible pedagogical practice.”

“I quite object to the argument of ‘Kids today need to toughen up,’ ” she said. “That absolutely misses the reality that we’re dealing with. We have students coming to us with serious issues, and we need to deal with that respectfully and seriously.”

But Marc Blecher, a professor of politics and East Asian studies at Oberlin and a major critic of trigger warnings at Oberlin, said such a policy would have a chilling effect on faculty members, particularly those without the job security of tenure.

“If I were a junior faculty member looking at this while putting my syllabus together, I’d be terrified,” Mr. Blecher said. “Any student who felt triggered by something that happened in class could file a complaint with the various procedures and judicial boards, and create a very tortuous process for anyone.”