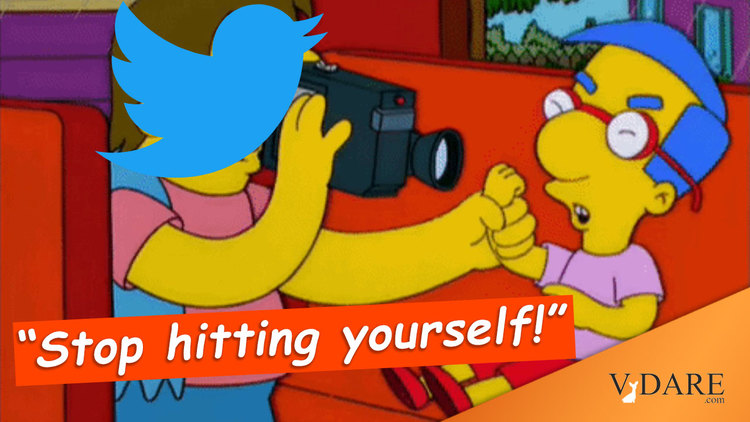 I’m back from two weeks in semi-self-imposed Twitter gulag after having refused the tech monopoly’s Darkness at Noon-style demand that I personally delete two of my tweets for being “hateful.” The requirement that I admit my guilt was reminiscent of how Stalin insisted that Bukharin and his other rivals confess to their imaginary crimes.... I am uncertain from where comes Twitter’s weirdly Stalinist angle of insisting you show your guilt by deleting your own tweets. Possibly it has to do with Twitter’s legal insistence that you own your own tweets (but you just can’t do anything with them if Twitter decides it doesn’t like you).

Twitter is like Big Brother if Big Brother really were your big brother who grabs your hand and punches you in the face with your own fist, all the while taunting, “I’m not hitting you, stop hitting yourself.”