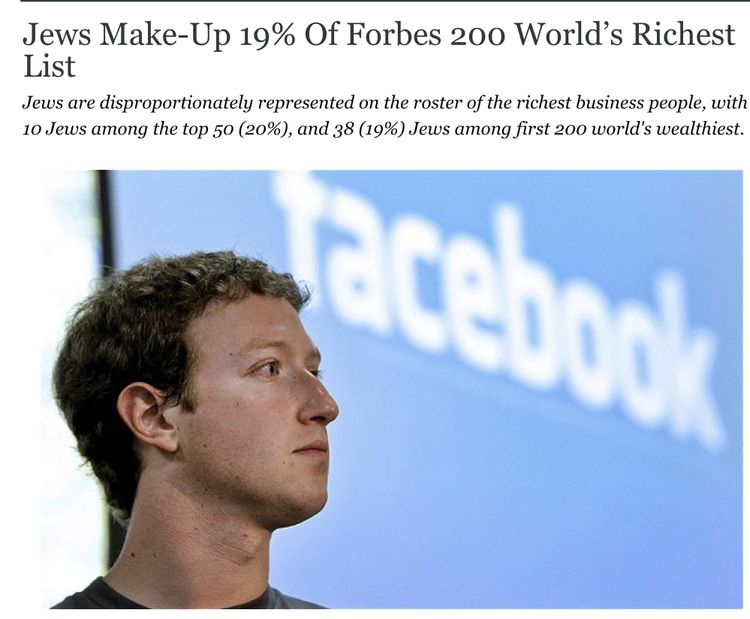 However, extremely little research into this fascinating phenomenon has been published either by academics or by the mainstream media in the U.S. Fortunately, the general understanding that quantifying Jewish wealth is Just Not Done does not extend to Jewish ethnic media, who find the topic, understandably, fascinating.

So most of the lists have instead been compiled by small Jewish media outlets.

For example, while Jews are usually estimated to make up about 0.2% of the world’s population, while this 2018 Jewish Business News article estimates that Jewish billionaires make up about two orders of magnitude higher of a percentage (19%) of the Forbes‘ list of the top 200 richest people in the world.

But that means the quality control of such estimates is usually not high. For instance, just by eyeballing the following list, I can identify a number of problems with it.

Of course, any such lists raise questions both of accuracy and of how to categorize billionaires of mixed ancestry.

Jews are disproportionately represented on the roster of the richest business people, with 10 Jews among the top 50 (20%), and 38 (19%) Jews among first 200 world’s wealthiest. …

Forbes pinned down 259 newcomers from 227 billion a year ago, among them are a few Jews: Russ Weiner, 48, worth $4.4 billion, the founder and CEO of Rockstar energy drinks; Jerry Reinsdorf, 82, owner of the NBA’s Chicago Bulls and the MLB’s Chicago White Sox. He started his professional life as a tax attorney with the Internal Revenue Service, and Ken Grossman, 63, worth $1 billion, a co-founder of the Sierra Nevada Brewing Co. Weiner is the son of conservative radio talk show host Michael Savage (born Michael Weiner).

Two well knows Jewish figures are among the first 10th of world richest. (1-10):

To be technical, Larry Ellison is half Jewish by nature (born during WWII, he is the biological son of an Italian-American military pilot and a Jewish-American teenager) and all Jewish by nurture (he was raised by his biological mother’s aunt and uncle). My rule of thumb is to divvy up nature and nurture 50-50, so that would make Ellison 3/4ths Jewish. Your mileage may differ, however.

Page is definitely Jewish on his mother’s side. But his father’s side is unclear.

Ballmer’s mother was of Jewish ancestry, his father was not.

A different article in Jewish Business News says that Rinehart is not Jewish.

I believe Anschutz is a Protestant of German ethnicity. It’s common for people, Jews and gentiles alike, to assume that anybody rich and/or smart with a Germanic-sounding name must be Jewish. But, actually, gentile Germans are also a fairly high achieving group.

I suspect the current heir to the old DeBeers fortune is only 1/2 Jewish by this point.

So this list includes some people who don’t appear to be Jewish at all and others who are mixed. On the other hand, this list may have missed several individuals who are either completely Jewish or part Jewish, especially on their mother’s side.

So the general rule of thumb that Jews are over-represented among the world’s richest by more than one and approaching two orders of magnitude appears to be valid.

One might think that this data would discourage Jewish journalists from going on and on about “white privilege” on the prudent principle that those who live in glass mansions shouldn’t throw bricks. But, on the other hand, how often do the gentile masses ever think about Jewish wealth and its implications? That’s just Not a Topic in the Narrative.