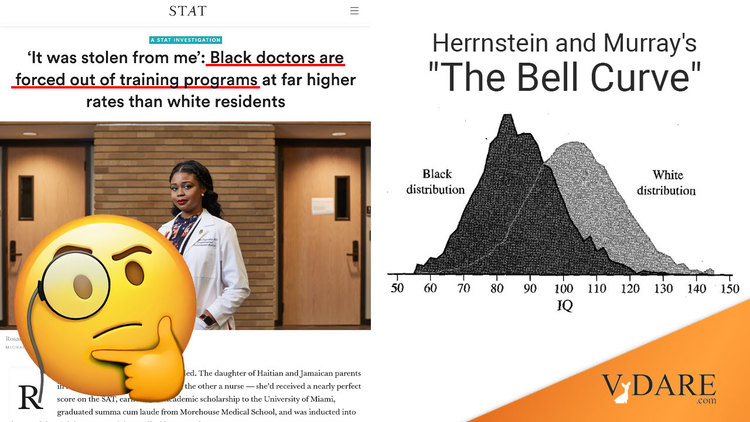 NEW: Black residents are being forced out of training at rates much higher than their white colleagues. It's a crisis that has largely remained invisible because no one is tracking the numbers and few are willing to speak about it. My new report: https://t.co/hjN0eITv9l

It’s almost as if somewhere up the career ladder, affirmative action almost always runs out. For example, apparently when you are a neurosurgery resident, the senior neurosurgeons get extremely serious about competency. Is that a BAD thing?