Stanley Fischer's Israeli Connections Were Unquestioned, But What About His Rhodesian Background? It's The Current Year! 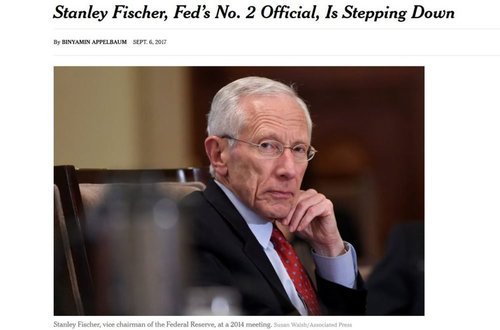 Steve Sailer's most recent post about Stanley Fischer, who until recently was number 2 at the US Federal Reserve Bank, points out that

Fed vice-chairman Stanley Fischer became an Israeli citizen in 2005 to become head of the state Bank of Israel upon appointment by prime minister Ariel Sharon upon the recommendation of Finance Minister Bibi Netanyahu.

In 2014, Sailer did several posts pointing this out, for example Will Fed Vice-Chair Stanley Fischer Have Dual Loyalty? If We're Lucky …. I only did one, called Stanley Fischer, Rhodesian, which I reproduce in full below, with the added point that all having been a citizen of country that was officially white supremacist may be a bigger deal in 2017 than 2014. Peter Brimelow wrote over 20 years ago that

I.E. on the State Department's treatment of the colony formerly known as  Rhodesia versus their treatment of Israel.

Steve Sailer has done seven posts so far on Stanley Fischer, nominated for Vice Chairman of the U.S. Federal Reserve Bank and Fischer's role as Bank of Israel Governor. [1, 2, 3, 4, 5, 6, 7] As Steve has pointed out, this seems unlikely to be controversial.

If he could be accused of any normal white Rhodesian behavior, such as

he would be in deep trouble.

It would be ten times worse if he'd done military service in post-UDI,  pre-Mugabe Rhodesia, or if he'd suggested in any way that Rhodesia should survive. (You may remember the ordeal of Stephen Hatfill, harassed by the FBI for years, partly because he was a Rhodesian veteran.)

Fortunately for Fischer, he seems to have done none of this—Wikipedia says he

became active in the Habonim Zionist youth movement [which was active in Rhodesia at the time] In 1960, he visited Israel as part of a winter program for youth leaders, and studied Hebrew at kibbutz Ma'agan Michael. He had originally planned to study at the Hebrew University of Jerusalem, but went to the United Kingdom to study after receiving a scholarship from the London School of Economics, and obtained his B.Sc. and M.Sc. in economics from 1962–1966.

which means he was out of the country before Ian Smith declared independence.

This means that there's no danger of Fischer being accused of being a member of a white settler community, because those rules only apply in Africa.