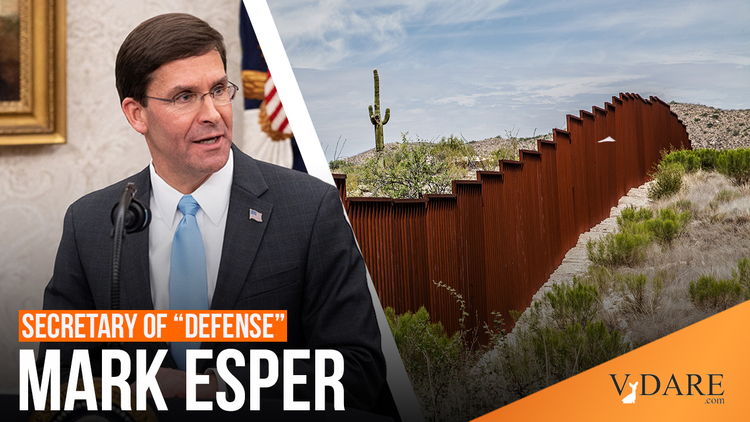 Earlier: THE FULFORD FILE: Face It—Pentagon Wants To Do ANYTHING But Defend America

The more we learn, the more we realize Trump wanted to destroy our enemies.

Former Secretary of Defense Mark Esper says President Trump suggested firing missiles into Mexico to combat drug cartels there. Esper also says when he pushed back on the idea, Mr. Trump said, “No one would know it was us.”

“The president pulls me aside on at least a couple of occasions and suggests that maybe we have the U.S. military shoot missiles into Mexico… to go after the cartels.” Esper tells Norah O’Donnell in an interview airing Sunday on 60 Minutes.

“We would have this private discussion where I’d say, ‘Mr. President, you know, I understand the motive.’ Because he was very serious about dealing with drugs in America,” Esper says. “I get that, we all understand, but I had to explain to him, ‘We– we can’t do that. It would violate international law. It would be terrible for our neighbors to the south. It would, you know, impact us in so many ways. Why– why don’t we do this instead?'”

After Esper politely pushed back, he says President Trump told him, “No one would know it was us.”

“He said that,” Esper tells O’Donnell. “And I just thought it was fanciful, right? Because, of course, it would be us.”

Esper writes about the incident in his new book, “A Sacred Oath,” despite concerns people wouldn’t believe it happened.

“I was reluctant to tell this story,” Esper says. “Because I think I thought, people won’t believe this. That they’ll think I’m just making it up and folks in Trump’s orbit will dispute it.”

“And then I was having dinner after the election in 2020 with a fellow Cabinet member,” Esper says. “And he said to me, he goes, ‘You know, remember that time when President Trump suggested you shoot missiles into Mexico?’ And I said to him, ‘You heard that?’ He goes, ‘Oh, yeah. I couldn’t believe it. And I couldn’t believe how well you managed and talked him down from that.’ And at that moment, I knew I gotta write the story. Because at least have one witness who will verify that this really did happen.”

When contacted about the veracity of Esper’s story, Mr. Trump told 60 Minutes “no comment.”

No comment, indeed! What’s wrong with destroying our enemies? Seriously? Why is this even up for debate?

You either use state power or you don’t, right?

You either destroy drug cartels or you allow them to proliferate, right?